My Favorite Things About Being a Mom This Week. 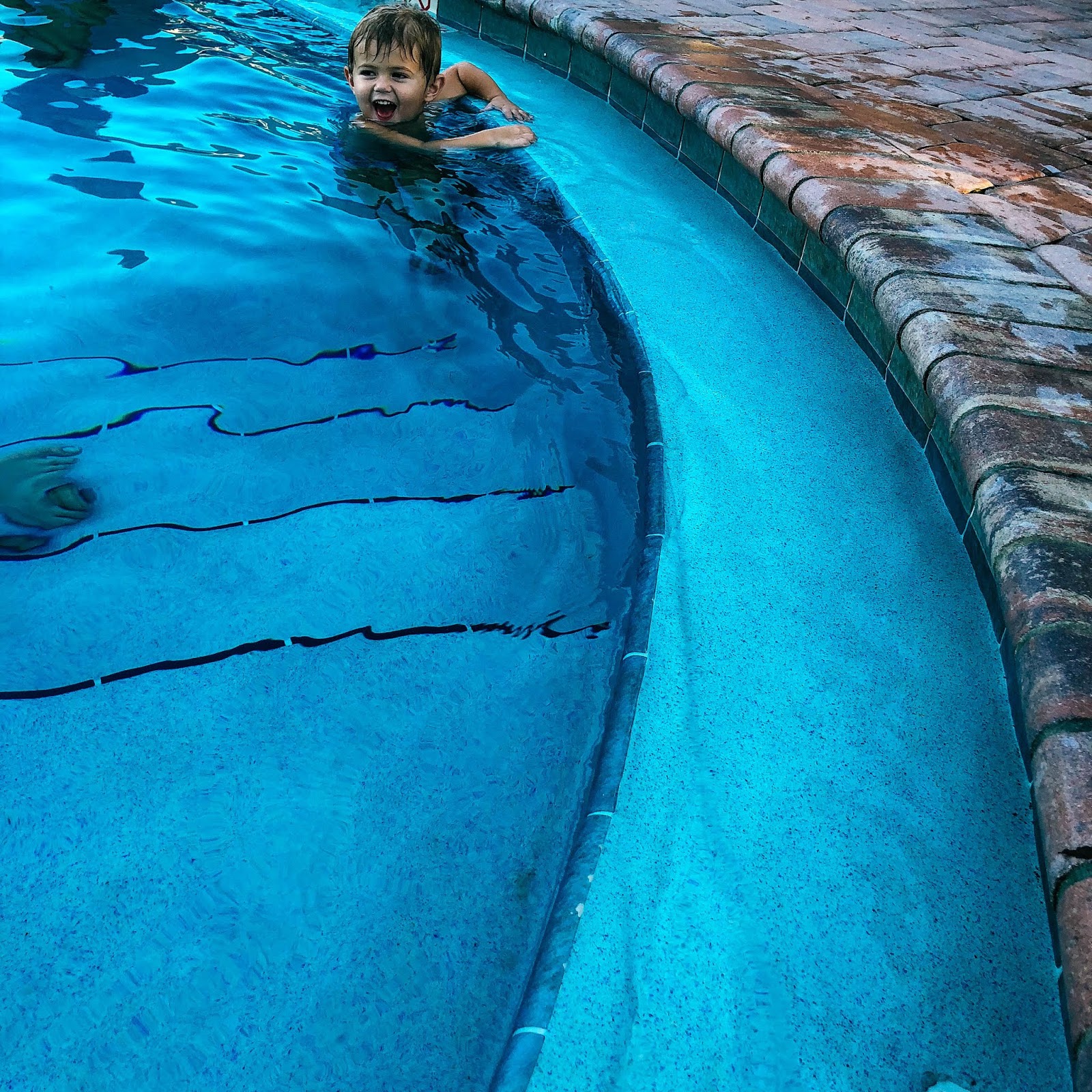 He’s learning to swim. This slays me with cuteness. He’s learning to kick his feet, blow bubbles in the water, and push himself along the wall. Living in Florida, it’s just so important for him to learn how to swim…but I had no idea it was going to be so dang cute to see.

He says, “love you, baby!”  A few weeks ago, he was shutting the door and called out, “Love you, baby!” before he shut it. Hilarious. I say that to him all the time, but he’s started saying it to me out of the blue and it’s precious. He’ll also come into the room and say “Hi, baby!” and it cracks me up. Especially because he’s very emphatic, so it sounds like, “Luh you, BAY – BEEEE.”

He’s becoming potty trained. In what will go down as maybe my greatest accomplishment to date (you think I’m kidding), Jack is almost all the way potty trained. PRAISE BE.

He calls out for things when he looks for them. He was looking for his phone (he has an old iPhone to watch movies and play games on, don’t @ me) and he was going room to room calling out, “Jack’s phone? Jack’s phone?”

He’ll skip to the end of his favorite movie on his phone to hear the credit song and then “sing” (not a single word right) along with it while he falls asleep.

He copies my workouts.  We got a Bowflex, so I’ve been working out in the garage. He’ll follow me out there, watch me for a minute, then start copying whatever I’m doing. Honestly, he kills it at squats. So funny to watch.

He wants to be Gatsby. He will circle Gatsby to see exactly how he’s laying so that he can lay the same way beside him. Yesterday, he started “barking” at the vacuum. I cannot.

Tell me one of your favorite things about a role you fill (Mom? Partner? Friend? Neighbor? Let’s hear it!) this week.