Some Honest Thoughts on Faith. 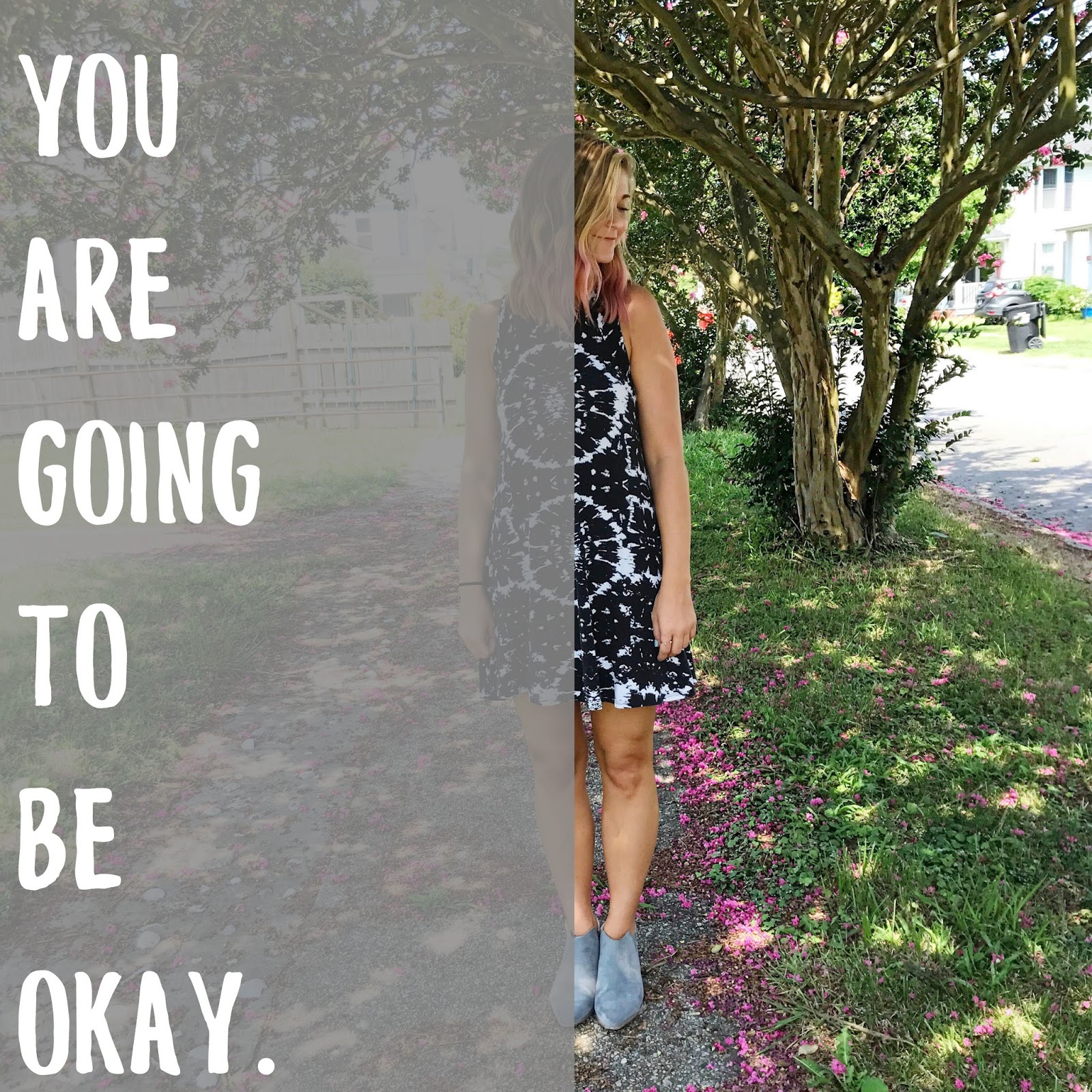 The last year (give or take) has, hands down, been the most difficult, heart-wrenching, frustrating, doubt-inducing year I’ve experienced.

And, as much as I hate when people say things like that and then follow up with vagueness (because I want DETAILS, you guys), since many of the circumstances that led to that have other people as the main characters, that’s exactly what I’m going to have to do.

But trust me, it has been a year. Full of good days, yes, but also full of days that kind of sent me into a tailspin emotionally. A doubt-filled, angry, confused, emotional tailspin.

Told you I’d always be honest around here.

It is hard to reconcile the God you learned about as a child, the one you were supposed to pray to when someone was sick so He could make them better, the one you were supposed to ask for the things you needed so He could give them to you, with a God who lets bad things happen, who I’m supposed to believe could have stopped something horrible from happening, but didn’t. It is hard to believe and have faith in someone but at the same time feel let down by them.

In October, I heard this song:

“To be honest, I don’t feel like singing. To be honest, I don’t hear your voice. . .I know you love me, but it doesn’t feel that way, feels like I’m drowning. Jesus, feels like you’re sleeping on the boat in the middle of the storm, and I’m banging down your door. Jesus, you command the wind and waves, so I’m begging you to wake and do what only you can do.” 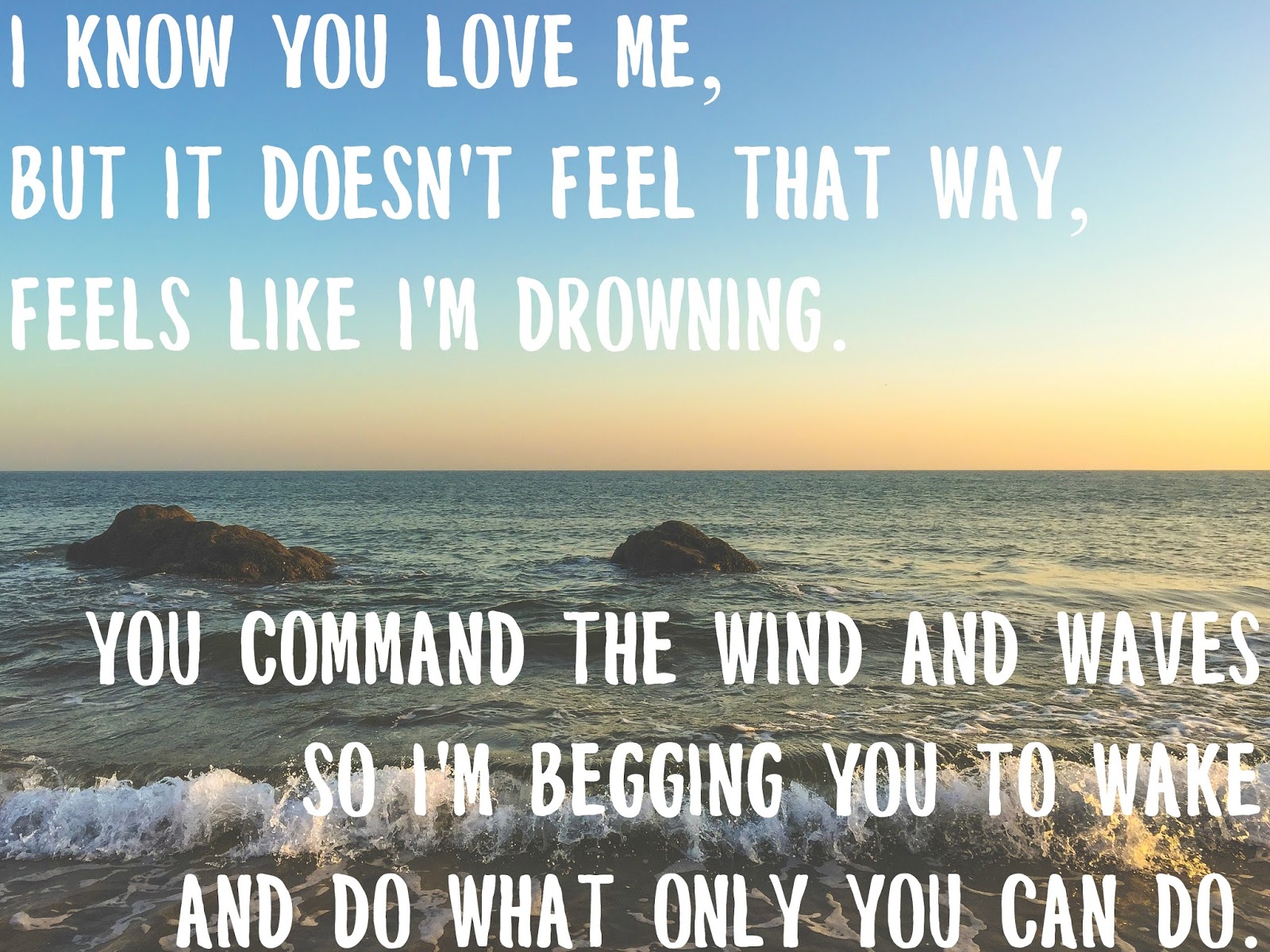 That became my anthem this year. And it may sound strange to say that my anthem wasn’t one of positivity, or one of “it’s all gonna be okay!” but it wasn’t. It was a song that simply said, over and over, HEY I’M DROWNING OVER HERE WILL YOU PLEASE WAKE UP AND DO SOMETHING ABOUT THIS.

I really felt compelled to write about this, not because I have answers (literally, I have none. Approximately zero answers) but because I don’t. And I think that’s okay.

I think that faith in God is a journey. While you’re here on earth, I don’t think you ever really arrive at the end. I think that questions and honesty (and yeah, doubt too) are an important part of anything worth having.

I just want you to know that questioning something and giving up on it are two very different things.

The biggest gift this year has given me is the confidence and comfortability to look at God and say, “Hey. I have questions. And I’m really upset. And I don’t understand. And I am full of doubt today.” Because I truly imagine His response being, “I love you. Why don’t you sit down, let’s talk about it.”

I want you to know that you’re not a bad Christian because you have doubts.

I find it incredibly frustrating that more people don’t talk about their doubt. About their question-filled seasons. And I totally get why! It’s scary to be vulnerable and open up in a way that shows you aren’t the buttoned-up, totally trusting, understanding version of Christianity that is most often displayed. But goodness, what a gift it is to know we’re not alone. I want you to know, if you’re questioning your faith, you’re not alone.

I want you to know that several times this year I have sat in my car and yelled and cursed while talking to God. That may seem a bit taboo to say, but it’s true. Sometimes, my “prayers” were simply, what the hell, what the hell, what the hell? I’ve sobbed into my steering wheel and said that I was angry for what He was allowing to happen. I have very openly blamed Him for many, many bad things. And I can confidently say that I don’t think any of that makes me a “bad Christian.” I don’t think that any of that makes God love me any less. I know that it doesn’t.

So this is me, putting it out there, saying hey, I have questions too. And doubts. Big ones. So if you do too, you’re not alone. I love Jesus, and I am very confused and filled with doubt by a lot of the things I have seen happen this year. The two are not mutually exclusive. It’s my personal belief that God is big enough to handle my doubts, my questions, my tears, my sobbed curse words.

If my best friend was going through something, I would so much rather her sit in the car with me and scream and cry and tell me everything than to sit and pretend everything was perfect. I would want her to trust me with her honesty, no matter what it sounded like. Doesn’t God deserve the same? I think so.

So if you need to sit in your car and scream and curse and just lose your mind for a little bit, you should do it. Truly, it might be your first step to real, honest faith.  I don’t think God minds at all.