Some of The Best Advice I’ve Ever Received. 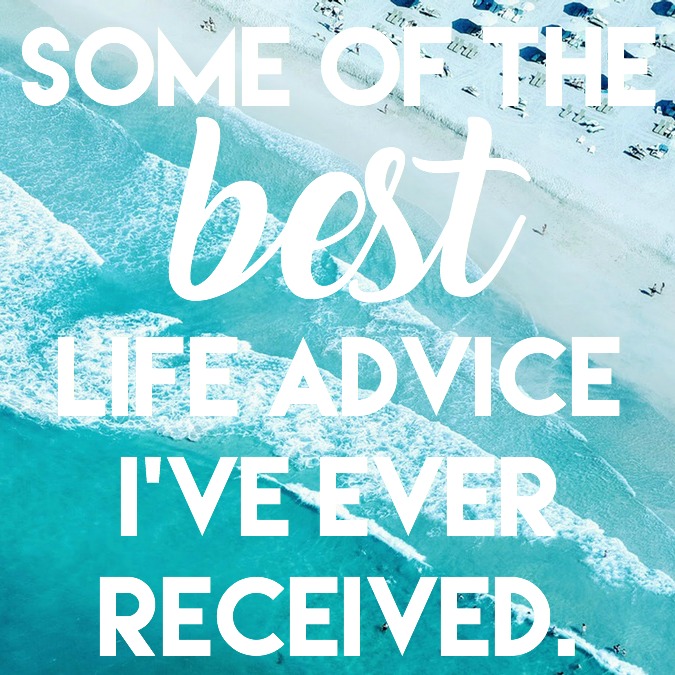 If you don’t quit, you can’t lose. My dad has said this as long as I can remember. He used to joke that it’s the only way he could get out of losing a game of basketball with his older brother: He’d just keep playing way too long until his brother was over it.

Seriously, though: You won’t lose if you don’t quit. You might get rejected or have a big failure or make giant mistakes, but as long as you keep trying, you’re not a loser.

Marriage is about teamwork. I can’t remember who first said this to me, but it’s absolutely true. Successful relationships are not 50/50, just as no successful team is 50/50 100% of the time. On a team, you want the other person to be successful, because their success is your success. You want to support them however you can, because a win for them is a win for you. That’s what marriage should look like.

Don’t give pigs your pearls. My mom used to say this to me in regards to bad friends, and I thought it was some cheesy southern saying (that’s what it sounds like, right?). Turns out, it’s actually from a verse in the Bible that says Don’t toss your pearls before swine. If you give a pig a pearl necklace, it won’t have any appreciation for it. It will step on it, get it dirty, and leave it broken and forgotten in the mud.

In the same way, you shouldn’t share your life with people who don’t appreciate you. Don’t let people in who don’t care about you. Because they will step on your trust, trample over your secrets, and leave you hurt and forgotten. Use your judgment about who you share the important parts of your life with. 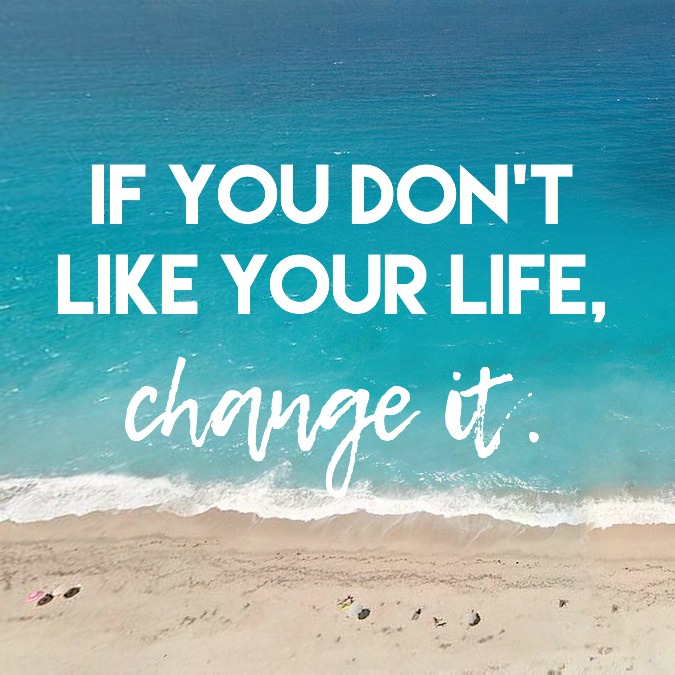 If you don’t like your life, change it. This has been a big one for me over the past few years. I’ve learned that you don’t have to change your entire life to get happiness, you can just change little areas at a time.

Don’t feel rested at home? Declutter and redecorate. Don’t like your job? Look for a new one. In the meantime, find a hobby you love to do on the side. Don’t like the way you feel? Change your eating habits. Nothing about you is stuck. You have the power to change your life.

Bitterness is a pill you swallow hoping it will effect someone else. In general, I’m not a bitter person. I’m very forgiving (sometimes too much), but if you hurt someone I love, I will hold a grudge forever. Forever.

I have to remind myself of this piece of advice often. Because laying awake at night, thinking about how awful of a person someone is until I have a stomach ache affects that awful person approximately 0%. Letting go of bitterness doesn’t excuse what someone did. It’s what’s best for you.

You will never be better than everyone else, but if you try, you are automatically better than everyone who doesn’t try. So much of life can feel like an invitation to compare yourself to others, and it’s so easy to feel like you’re losing. There’s always going to be better blogs than yours, there’s always going to be a better manager, assistant, teacher, accountant, insert-your-job-here than you are. There’s better writers than you, better moms than you, better Instagramers than you. But if you try, if you get started and go for it and stick with it, you are better than everyone else who didn’t try. You’ve already got a leg up.

and go for it. Make this week a good one.

What’s some of the best life advice you’ve ever received?