Happy to be Alive, Because: Vacations & Mechanical Bulls. 1. I’ve been on vacation all week and it has been incredible. No responsibilities and lots of free time…perfection.


2. Just about every day this week has been a pool day. I now have a tan that teenage me would have had the first week of summer, but adult me is pretty proud of it.

3. I rode a mechanical bull. Sorry for the bad picture, but really…when’s the last time you saw a mechanical bull somewhere with good lighting?
At the beginning of this year I decided that one thing I didn’t like about myself was that I was too timid. So this year I’ve been trying to say yes as much as possible and stop letting “no” be my first reaction to everything. So on Wednesday night I rode a mechanical bull while wearing a dress. And it was fantastic.
4. Even though I’m super sad that we have to go back to the real world on Monday, I can’t help but think about how lucky I am to live with someone every day who I would want to spend a week of vacation with. This next week may include a lot more work and a lot less pool, but it’ll still include coffee in the morning with my very best friend. And that’s pretty great. 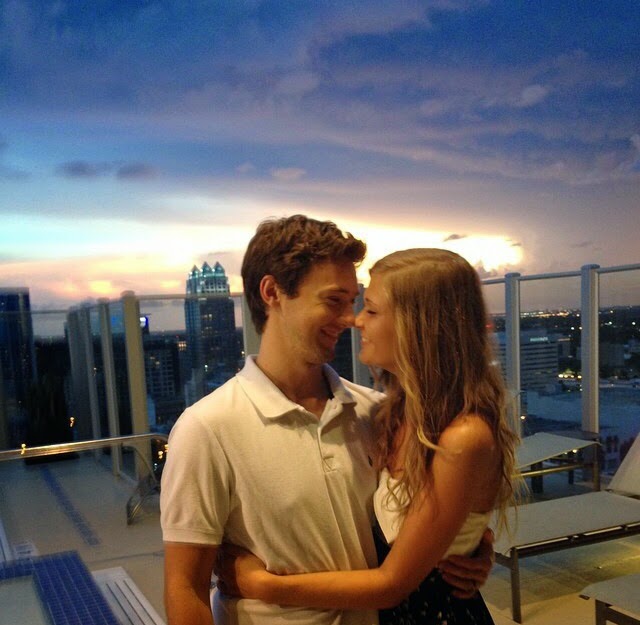 5. My parents and little brother are coming over today! I can’t wait for them to see why I love where I live so freakin’ much.
Happy Friday! Cheers to vacations and to real life, too.
What made you happy to be alive this week?