Why I won’t stop tweeting about Jesus. 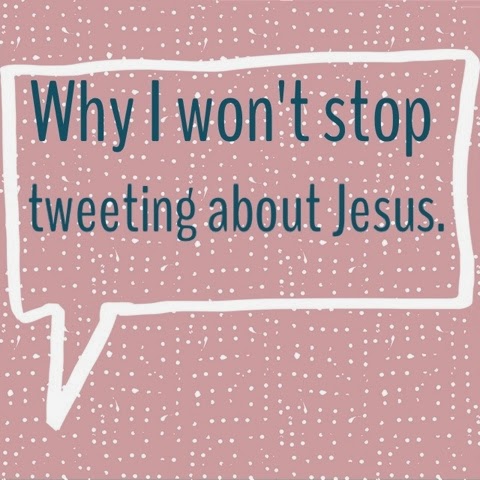 Recently a friend of mine posted a status that had to do with her personal belief in God.  Because nothing can stir up unneeded controversy between people who don’t know each other quite like a Christian Facebook status, it soon had many comments that all said some variation of “you’re an idiot.” However, one really stuck out to me:

“You go ahead and tell all those starving kids in Africa how your God is so great, yet chooses to do nothing.  I’m sure they’ll understand.”

I have a better idea.  How about we tell those starving kids in Africa about the stuck up dude sitting in his air conditioned house on his fancy computer who chooses to blame their circumstance on God rather than doing something about it…I’m sure they’ll understand.

I do not make my beliefs a secret.  They are a huge part of who I am. However, I do not (and will never) put down and berate others simply because they do not share my faith.  Considering the God I believe in says the greatest thing is love, that seems slightly counterproductive.

It makes me incredibly upset how, when a Christian posts something about their faith that not everyone agrees with, they are:
trying to shove their beliefs down people’s necks
being close minded
being a bully
being weak and idiotic.


But when someone openly shares their disagreement with that belief (which is also a belief) by being condescending, bullying the person publicly, and denouncing everything that person believes in, they are:
having an opinion.

It hurts my heart when people feel the need to lash out at someone simply because they have chosen to put their faith in something greater than themselves. It infuriates me when someone judges me and my ability to do certain things because of my beliefs.  I mean, obviously, because I believe in God, in being faithful to just my husband, in reading the Bible, and in not frying my brain with drugs, I am probably zero fun to hang out with.

I have plenty of friends who don’t share my belief. And do you know what I do about it?

I love them.  We hang out.  We have fun.  And we respect each other.  Why does that seem so rare?  It shouldn’t.

The Internet gives people a sense of courage, but rarely ever in a good way. It gives them privacy to say things that should never be said, especially about other people’s faith.

It is easier to blame the things that are wrong in this world on a God that you don’t believe in than it is to actually get up and do something about it.  It is easier to pretend that everything that comes out of someone’s mouth is total crap than it is to respect it, because to respect it you must actually think about it.  And dang, that can be hard when you like being right all the time.  So yeah, it’s easier to be a self righteous, all knowing, condescending being hiding behind a computer screen (I’m looking at you, Facebook commenter.  Rude.) than it is to be a real life thinker who actually listens to things they may not agree with and thinks before they respond.  It’s easier to sit at home and talk about what you disagree with than it is to get up and change what you don’t like about the world.  But that doesn’t mean it’s right.

I will continue to talk about my faith because when things are important to you, you talk about them.  You write about them and put them on Instagram and twitter. So I tweet about Jesus.

To the lovely commenter who suggested that I would have more followers if I didnt come off as so religious on social media: I also tweet about macaroni and cheese and Netflix and other wonderful things. Hey, I like to talk about the good things in life.