Don’t Look Away When Your Friends Are Drowning. 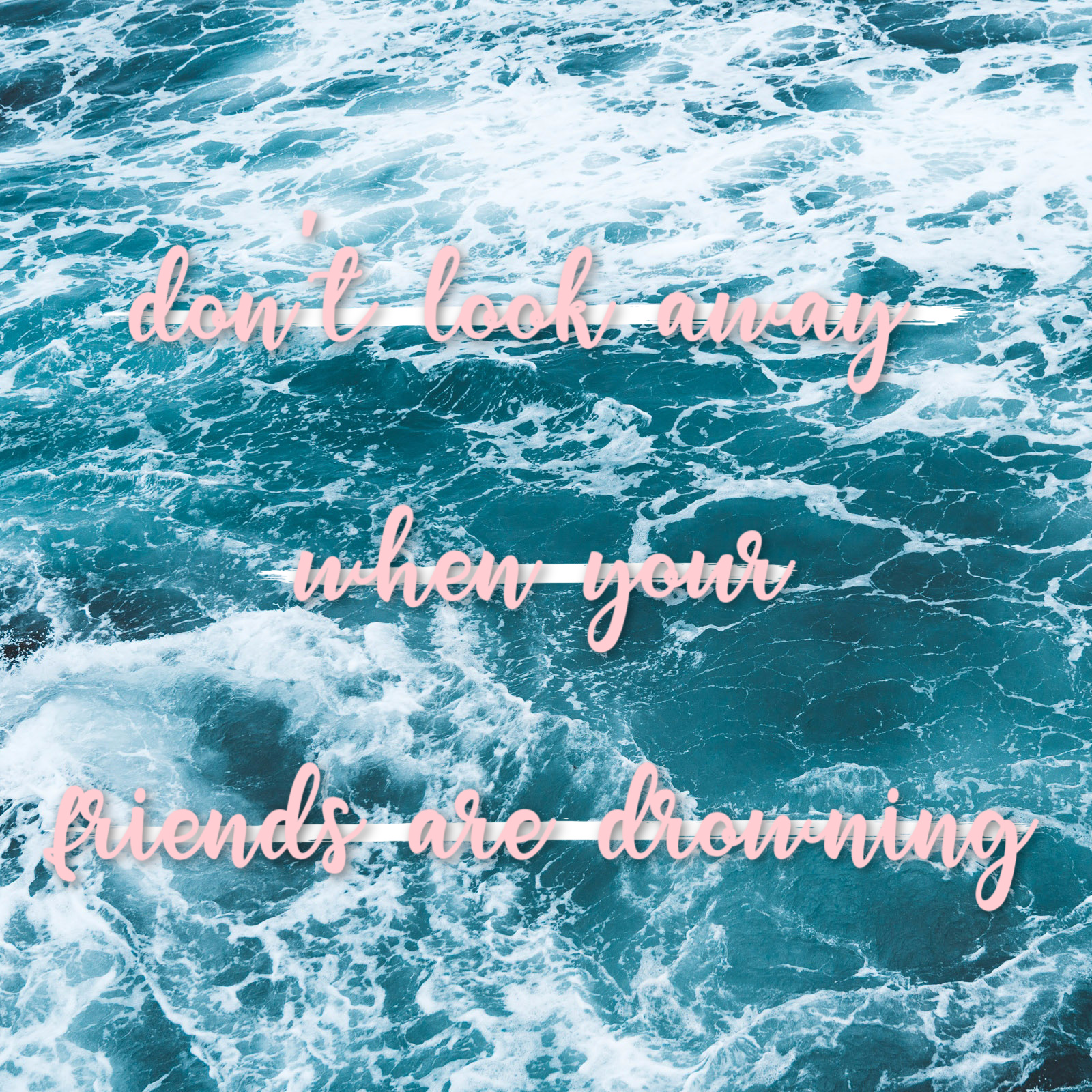 I’ve been a terrible friend for the last six months.

Truly. In the general sense of the meaning of a friend, I’ve sucked. I’ve missed out on plans. I’ve put off responding to texts. I’ve avoided phone calls. I’ve canceled things last minute.

Not because I don’t love my friends. No, nothing like that.

Because I’ve been drowning.

Let me tell you something about drowning: When it happens, you notice real fast who you’ve surrounded yourself with. Because there are only two, painfully obvious choices when your friends are drowning: You can look away uncomfortably, or you can fling yourself over the side of the boat and cling onto their hands for dear life.

There was a horrible, horrible day in November. 24 hours later, there were flowers on my doorstep with a note from my best friend. “Just a little reminder I’m in your corner!” The days that followed were awful. And those days were full of phone calls and texts from my people. Full of babysitting Jack for free, sending prayers and checking in hourly, even though they were on vacation. Day after day of them saying, in words and action, that they were there and weren’t going anywhere.

They didn’t avoid the hard subjects. They didn’t take it personally when it took five or six days of texting to get a response out of me. They didn’t get mad when I forgot to mention that giant thing going on in their life. They didn’t stop texting back when I was constantly bringing a gloomy vibe to the group chat.

And most of all, they didn’t look away when I was drowning. They sat next to me, as hard and exhausting and as difficult as it was for them, and they held their hands out, holding me up for as long as it took.

On Mother’s Day, my best friend lost her mother-in-law. Unexpectedly. Out of nowhere. She was young, she was vibrant, she was healthy, she was gone. My friend, who has spent the last six months sitting above choppy waters, clinging onto my arms to make sure my head didn’t go under, went tumbling into the water herself.

It’s not fun when your best friend is drowning. It’s not fun when daily memes get replaced with daily asking, “How’s it going? What can I do?” Knowing good and well the answer will be “nothing” every time, because nothing can take pain like that away. But as heartbreaking as it was, with every facebook post and text I saw exchanged between us, it brought my heart joy, because I thought, “THIS. This is what friendship is. It’s being there in the good times, but even more so, the bad. It’s holding each other up. It’s refusing to look away when the other person is drowning.”

Seeing it firsthand lift her up so much, it painted a picture for me of what my friends did…my wonderful, selfless, relentless in loving me friends…they refused to look away while I was drowning. And I will never, ever be able to say thank you enough for that.

Shortly after I drafted this blog post, my best friend in the entire world, the one who’s been by my side for 23 years, faced the most heartbreaking tragedy that I cannot even wrap my mind around. And as I got in my car to go be with him the next day, over and over in my mind was: “He is drowning, but you won’t let him. You can hold him up. You will hold him up until he can swim again. THAT’S what we do.”

Don’t look away when your friends are drowning. Don’t ignore the hard stuff. Don’t suddenly become busy when their life gets tough. Don’t avoid checking in because you don’t know what to say.

While a good portion the first half of this year was extremely painful to survive, I did survive it. I cried myself to sleep LOTS of nights honestly thinking life was never going to be okay again, but here we are, happy and okay. But I know beyond a shadow of a doubt the the reason I got through those hard things was because my circle refused to look away when I was drowning.

I know it sucks. I know it’s no fun. I know your arms get exhausted. I know the waves beating you up suck. I know you just want to take a break and go work on your tan instead. But hold on. It’s worth it. I think it’s the closest you can be to being Jesus in the flesh for your people.

Don’t look away. Hold them up.