Books I Read in July (And Whether Or Not You Should Read Them). 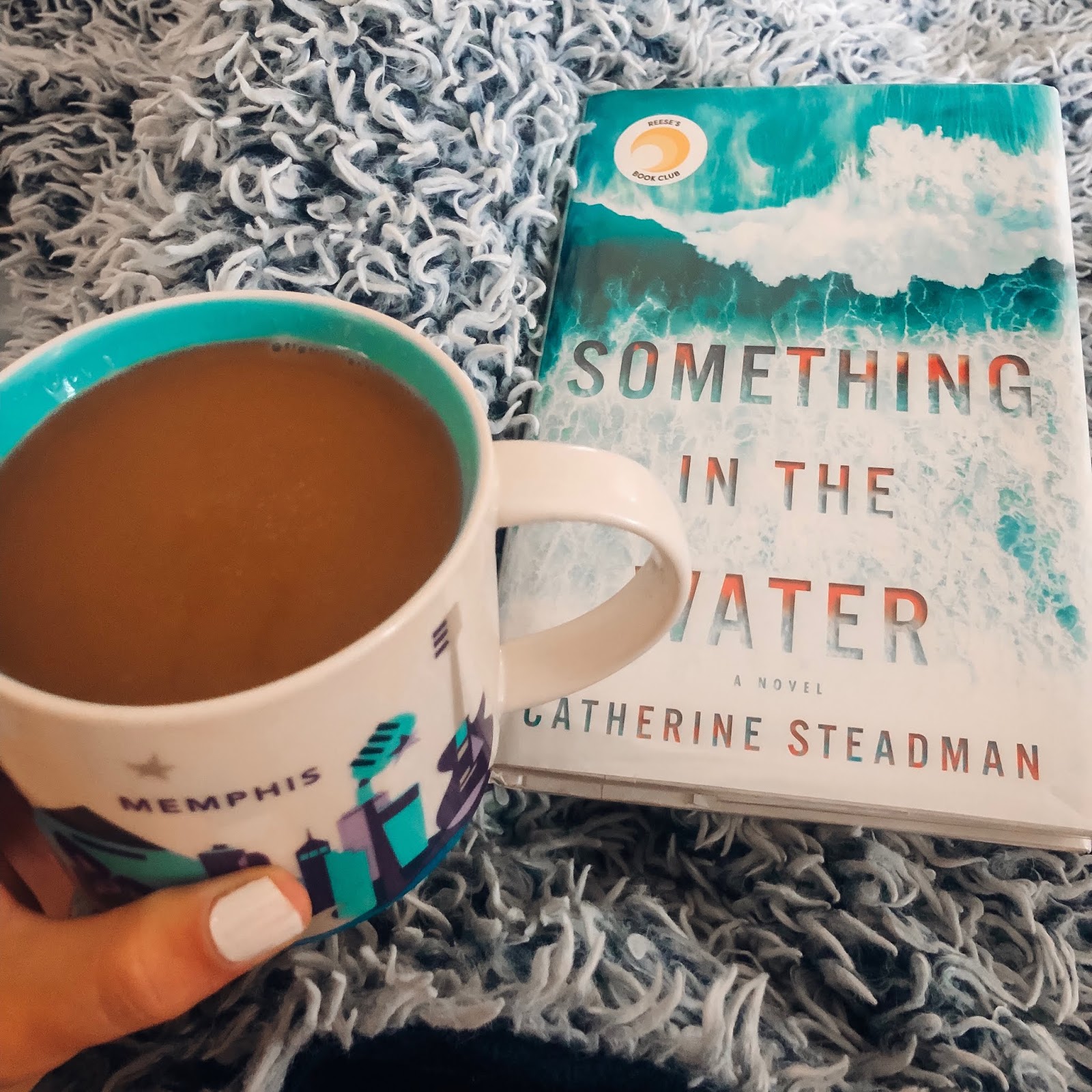 Something in The Water by Catherine Steadman

Plot: If you could make one simple choice that would change your life forever, would you?

Erin is a documentary filmmaker on the brink of a professional breakthrough, Mark a handsome investment banker with big plans. Passionately in love, they embark on a dream honeymoon to the tropical island of Bora Bora, where they enjoy the sun, the sand, and each other. Then, while scuba diving in the crystal blue sea, they find something in the water. . . . Could the life of your dreams be the stuff of nightmares?

Suddenly the newlyweds must make a dangerous choice: to speak out or to protect their secret. After all, if no one else knows, who would be hurt? Their decision will trigger a devastating chain of events. . . .

Have you ever wondered how long it takes to dig a grave?

Wonder no longer. Catherine Steadman’s enthralling voice shines throughout this spellbinding debut novel. With piercing insight and fascinating twists, Something in the Water challenges the reader to confront the hopes we desperately cling to, the ideals we’re tempted to abandon, and the perfect lies we tell ourselves.

Favorite quote: “Scary, in a way. How quickly what is good can become not good enough through comparison.”

My thoughts: I bought this book a few months ago on Audible and could not get into it. I didn’t make it past the second chapter and just chalked it up to being overhyped. But after seeing lots of friends rave about it in the last few weeks, I decided to give it another go with the physical book. Annnndddd I read it in a single day. It was so good! Not only did this book have twists I didn’t see coming, the whole plot took (several) turns I didn’t see coming at all!

The Unhoneymooners by Christina Lauren

Plot: Olive is always unlucky: in her career, in love, in…well, everything. Her identical twin sister Ami, on the other hand, is probably the luckiest person in the world. Her meet-cute with her fiancé is something out of a romantic comedy (gag) and she’s managed to finance her entire wedding by winning a series of Internet contests (double gag). Worst of all, she’s forcing Olive to spend the day with her sworn enemy, Ethan, who just happens to be the best man.

Olive braces herself to get through 24 hours of wedding hell before she can return to her comfortable, unlucky life. But when the entire wedding party gets food poisoning from eating bad shellfish, the only people who aren’t affected are Olive and Ethan. And now there’s an all-expenses-paid honeymoon in Hawaii up for grabs.

Putting their mutual hatred aside for the sake of a free vacation, Olive and Ethan head for paradise, determined to avoid each other at all costs. But when Olive runs into her future boss, the little white lie she tells him is suddenly at risk to become a whole lot bigger. She and Ethan now have to pretend to be loving newlyweds, and her luck seems worse than ever. But the weird thing is that she doesn’t mind playing pretend. In fact, she feels kind of… lucky.

Favorite quote: “I see all these choices unrolling in front of me – career, travel, friends, geography – and despite things being insane and hard and messy, I don’t think I’ve ever liked myself more than I do now. It’s the strangest feeling to be proud simply because I’m taking care of me and mine. Is this what it’s like to grow up?”

My thoughts: This book was adorable! My favorite romcom I’ve read in awhile. I read it sick in bed over the holiday weekend (booooo), but it would be the perfect beach or pool read!

The Last Time I Lied by Riley Sager

Plot: Two Truths and a Lie. The girls played it all the time in their cabin at Camp Nightingale. Vivian, Natalie, Allison, and first-time camper Emma Davis, the youngest of the group. But the games ended the night Emma sleepily watched the others sneak out of the cabin into the darkness. The last she–or anyone–saw of them was Vivian closing the cabin door behind her, hushing Emma with a finger pressed to her lips.
Now a rising star in the New York art scene, Emma turns her past into paintings–massive canvases filled with dark leaves and gnarled branches that cover ghostly shapes in white dresses. When the paintings catch the attention of Francesca Harris-White, the wealthy owner of Camp Nightingale, she implores Emma to return to the newly reopened camp as a painting instructor. Seeing an opportunity to find out what really happened to her friends all those years ago, Emma agrees.Familiar faces, unchanged cabins, and the same dark lake haunt Nightingale, even though the camp is opening its doors for the first time since the disappearances. Emma is even assigned to the same cabin she slept in as a teenager, but soon discovers a security camera–the only one on the property–pointed directly at its door. Then cryptic clues that Vivian left behind about the camp’s twisted origins begin surfacing. As she digs deeper, Emma finds herself sorting through lies from the past while facing mysterious threats in the present. And the closer she gets to the truth about Camp Nightingale and what really happened to those girls, the more she realizes that closure could come at a deadly price.

My thoughts: This book was shaping up to be a decent whodunit, then halfway through took a turn that totally shocked me. Like, I got chills when I read the page and had no choice but to stay up way too late to finish it. I love those kinds of books! 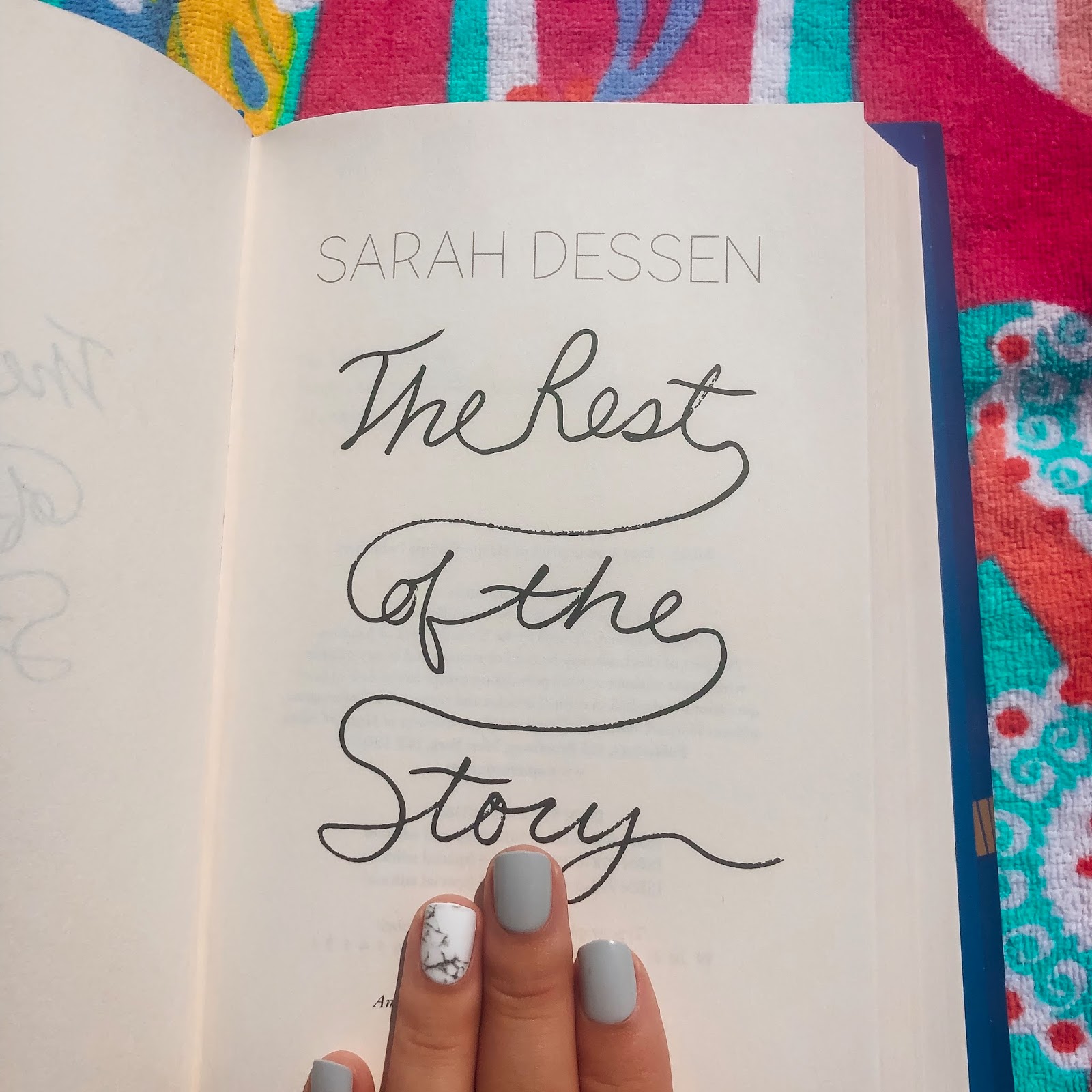 The Rest of The Story by Sarah Dessen

Plot: Emma Saylor doesn’t remember a lot about her mother, who died when she was ten. But she does remember the stories her mom told her about the big lake that went on forever, with cold, clear water and mossy trees at the edges.

Now it’s just Emma and her dad, and life is good, if a little predictable…until Emma is unexpectedly sent to spend the summer with her mother’s family—her grandmother and cousins she hasn’t seen since she was a little girl.When Emma arrives at North Lake, she realizes there are actually two very different communities there. Her mother grew up in working class North Lake, while her dad spent summers in the wealthier Lake North resort. The more time Emma spends there, the more it starts to feel like she is divided into two people as well. To her father, she is Emma. But to her new family, she is Saylor, the name her mother always called her.Then there’s Roo, the boy who was her very best friend when she was little. Roo holds the key to her family’s history, and slowly, he helps her put the pieces together about her past. It’s hard not to get caught up in the magic of North Lake—and Saylor finds herself falling under Roo’s spell as well.For Saylor, it’s like a whole new world is opening up to her. But when it’s time to go back home, which side of her will win out?

Favorite quote: “Life is big and huge and scary. But you have to go and take your part of it. There’s a reason the saying is ‘Seize the day,’ not ‘Wait for it to come along at some point.”

My thoughts: THE SWEETEST NOSTALGIA. Sarah Dessen is my favorite YA author, and reading this felt like visiting an old friend. There were so many Easter eggs hidden throughout the story that referenced her other books, and it felt like a nod to old fans. So sweet.

The story itself was beautiful. Sarah has a way of writing about really hard things – in this case, addiction, death, and family abandonment – by weaving it into a story that sucks you in. This book was no exception. I loved every page and was so sad when it ended. I’m already excited for the next one!

Should you read it? If you like YA, yes!

What did you read this month, and do I need to read it?!