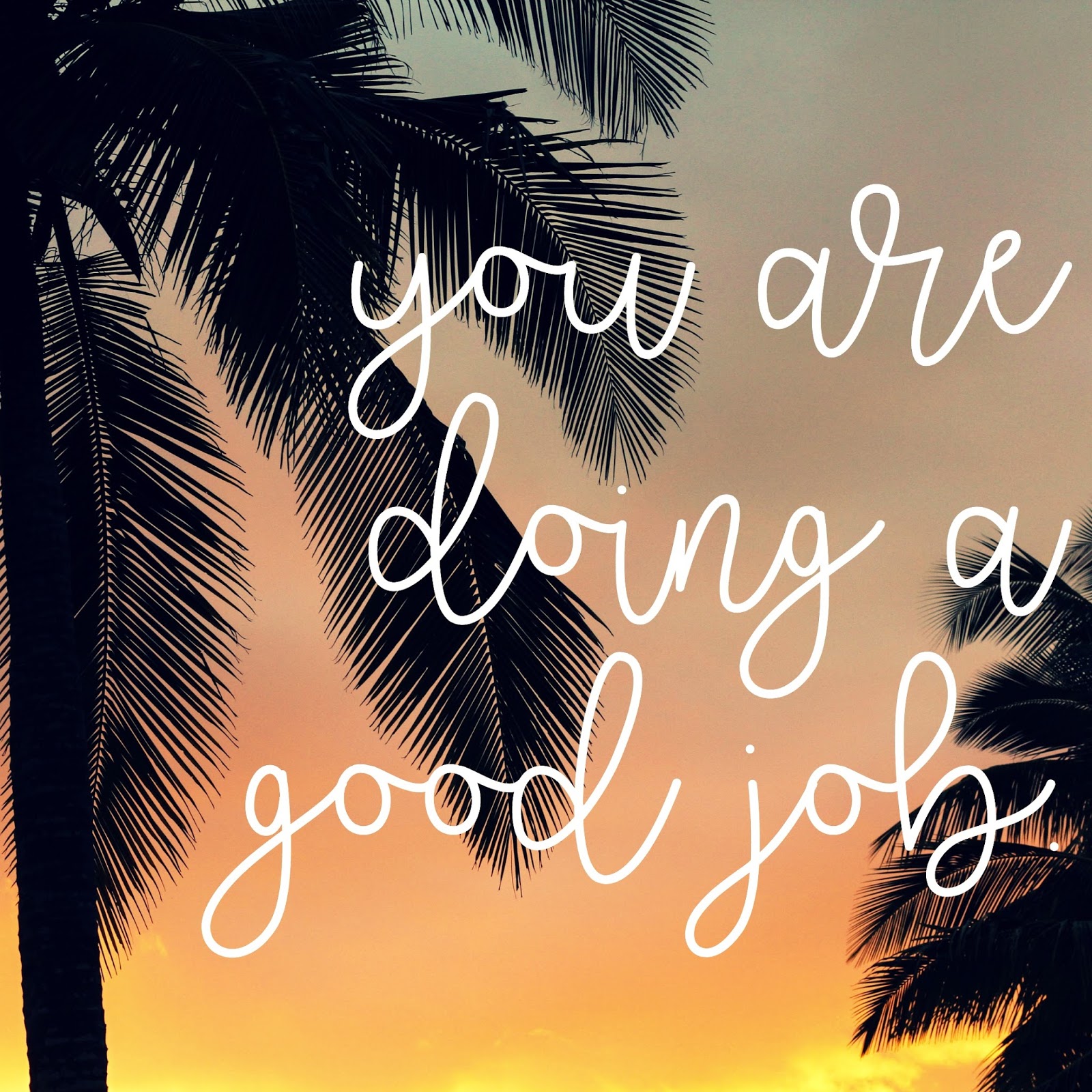 Last week was made up of a string of tough days. Jack was sick, and it was the first time he’s been really sick…the no sleep, pathetic little cough, so sad kind of sick.

I’ve said before that I’m often caught off-guard that I’m the adult in some situations. Last week was no exception.

I’ve done my best, of course, but I really just would have loved an adult (a real adult…none of this “supposedly an adult but really just pretending” impostorship) to pop their head in and say, “Hey, you’re doing a good job. You’ve got this.”

If you’ve fallen behind on work and have been pulling some late nights and early mornings to catch up…hey, you’re doing a good job. You’ll get caught up.

If you’re trying your best to be a good mom, but it feels like you’re just barely able to survive the day to day…you’re doing a good job. You’re supporting another human being (at least one), and that’s amazing.

If you feel like you suck as a friend right now, if responding to text messages and phone calls and (gasp) actually going out with friends just keeps falling further and further down your to-do list you’re trying to keep up with, it’s okay. You’re doing a good job because you’re trying your best.

If that dream you’ve had brewing in your heart for years now seems further and further away with every day you wake up, but you still find yourself devoting little bits of time you’re able to scrape together to it…you’re doing a good job. A little bit every day adds up, don’t forget that.

And here’s the good news…If I am, for any reason, wrong about this…if you’re not really doing the best job…you can start right now (on a Monday! The ultimate day to start fresh!) and decide to start doing your best.