5 Things I Want to Stop Doing This Year. 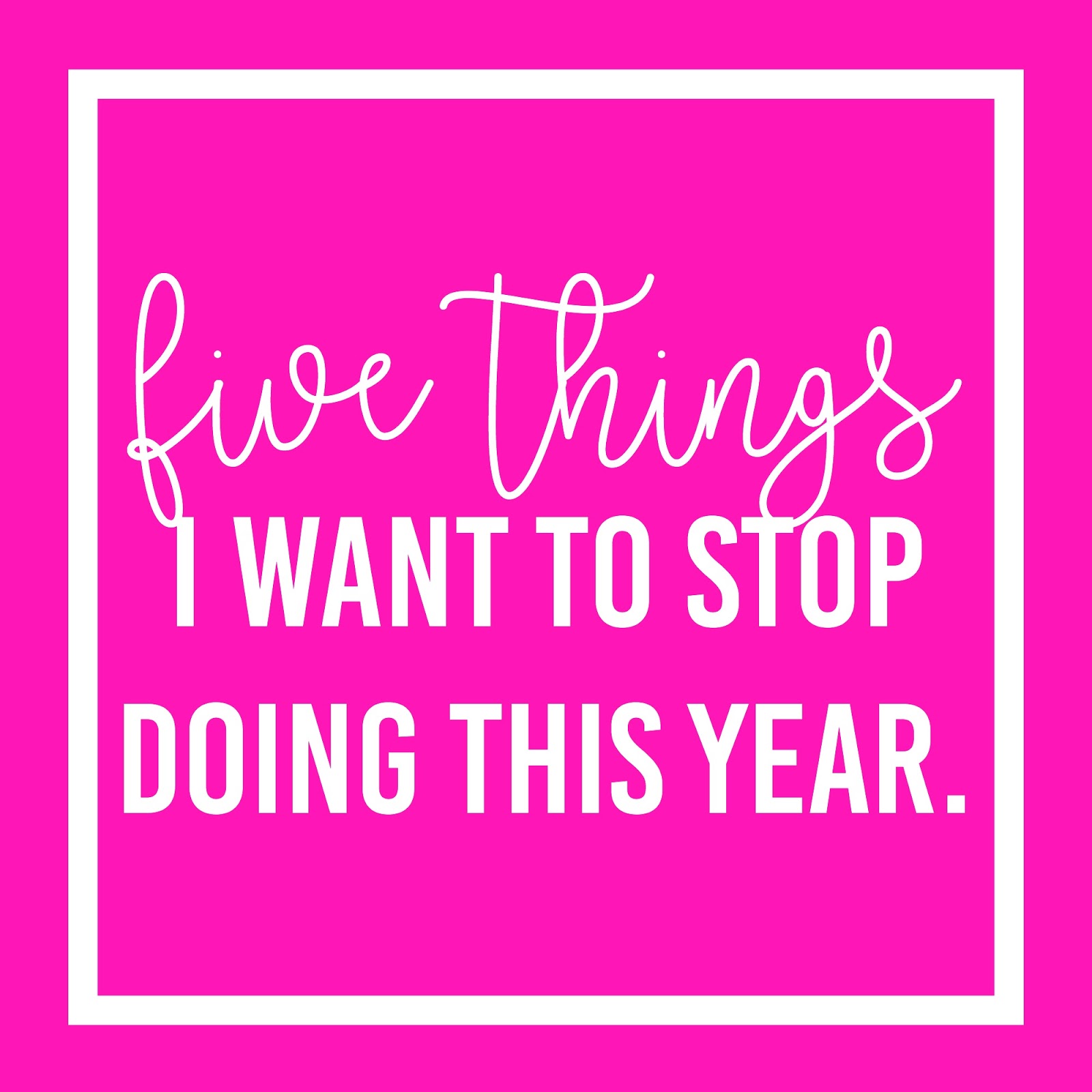 If you missed it: 5 Things I Want to Start Doing This Year.

1. Needing a plan all the time. Some of the best days happen without a plan. While I’m a planner at heart, I want to work on being okay with days (ahem, weeks/months) that I’m not able to plan. Not having a plan for a day and wasting a day are not the same thing.

3. Comparing myself to others. Not sure why 25 years into life this still makes the list, but it does. Comparison is a nasty game. As a mom, as a blogger, as a human being. I saw something on pinterest last week that said,“Flowers are pretty, but so are Christmas lights, and they’re completely different.” I love that. Comparing myself to other people takes time and energy that would be much better spent trying to become a better version of myself.

4. Stressing over things that have nothing to do with me. Raise your hand if you worry about irrational things. Same! I think that if I could wake up one day and only be stressed about the things that were directly related to me, I could probably cut my stress and anxiety in half. So that’s a goal I have for this year: If it doesn’t directly relate to me, or if it can’t be changed by me, then I don’t need to stress about it. So much easier said than done.

5. Making decisions out of fear. Life is too short to do things or not do things because I’m afraid of things that may or may not happen. Simple as that.

What do you want to stop doing this year?