Things That Didn’t Go According to Plan. 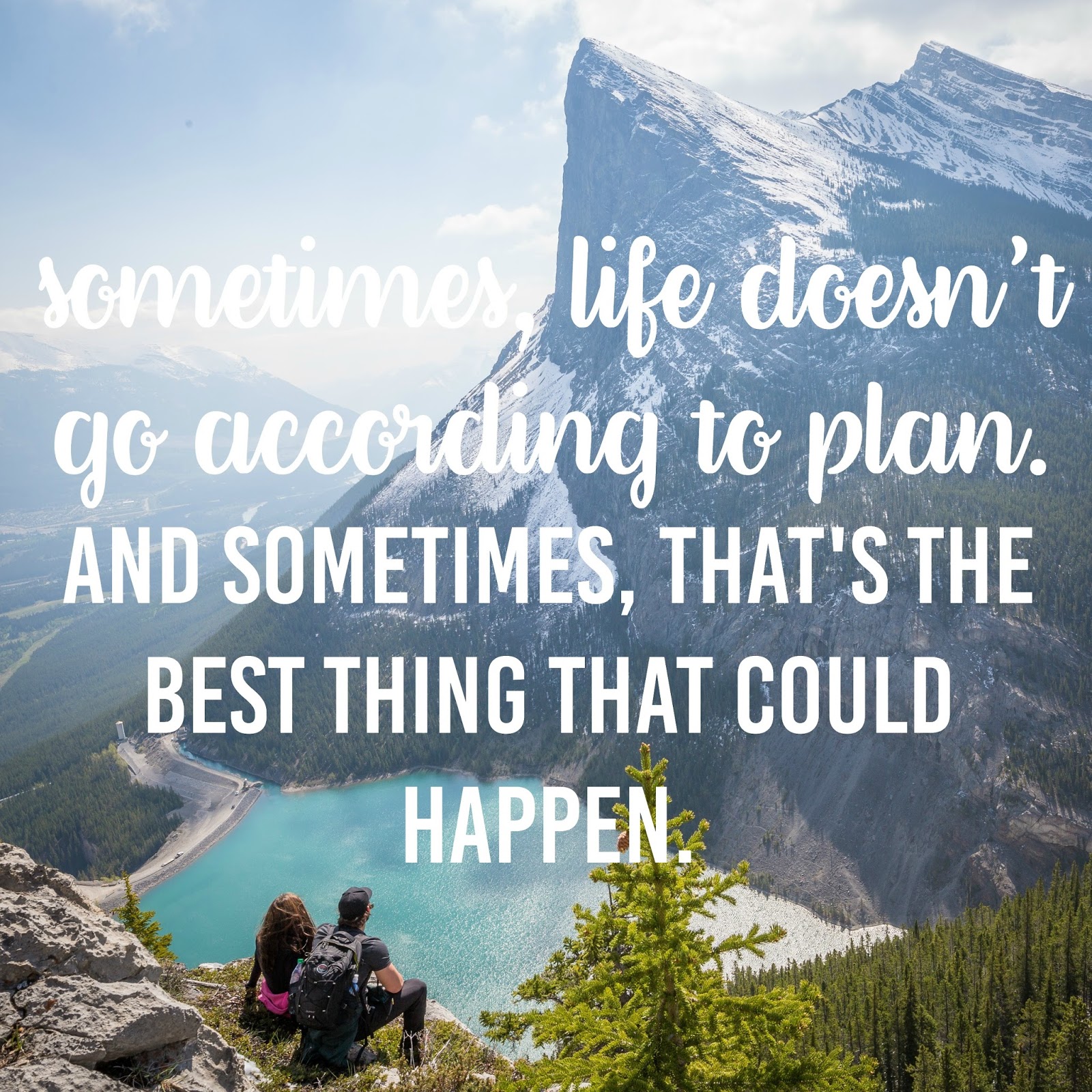 Graduating college. I was extremely paranoid about graduating college. For months, I made pointless meetings with my advisor to go over things “one last time” because I just had a gut feeling something was off. I even met with a second advisor, because I couldn’t shake the feeling. Aaaand my gut was right.

Two days after class registration had closed for my last semester, I got a letter saying that a mistake had been made and I was one credit short of graduating. When I went to talk to both advisors, they simply shrugged and told me mistakes happen and I’d just have to hang around one final semester.

I emailed every single class that still had room and begged them to let me in, and they all said no. So I moved on to emailing professors I’d had a good relationship with, and finally, one emailed me back and said they had a TA spot and if I worked for free, I’d get a credit. Sold.

It turned out that one of my best friends was also a TA for him, and it also turned out that he wasn’t really excited about teaching a night class. So, he didn’t. He left, and for eight weeks, we taught an adult night course of Com 1 all by ourselves. It was terrifying and fun and it taught me a lot. And while I still get angry when I think about how that school tried to screw me over, I wouldn’t change that experience for anything. 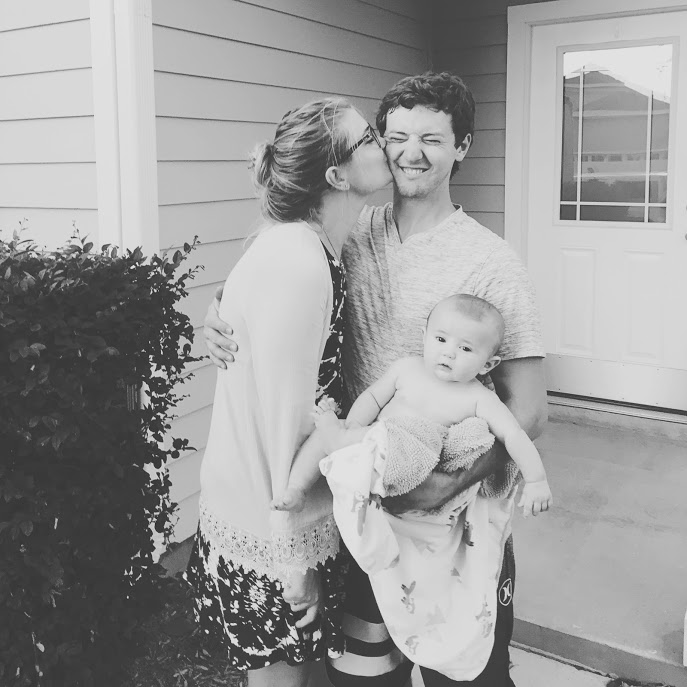 Buying a house. I am not the best decision maker. I need a lot of time and details to decide on something. So basically I am a nightmare person to try to buy a house with because that is a huge decision.

We came up to Gainesville and spent a whole day looking at houses. We left, having narrowed it down to two. I thought that one house was a clear front runner and Chris thought the other house was a clear front runner, so we spent a few days talking pros and cons and looking at the pictures online every five minutes. After much deliberating, we finally picked one. I had a doctor’s appointment that morning, so we texted our realtor that we were ready to make an offer and we’d call her after my appointment.

When I walked back into the waiting room, I could tell something was wrong. Chris told me that in the time it took for my appointment (maybe 30 minutes), someone else had made an offer and it had been accepted.

The problem with buying the second house was that we’d spent three days talking ourselves out of it, so we decided to go look at it one more time. On our way up there, Chris pulled out his iPad and found a new listing he thought we should see since we were already there. And that was our house.

It was so perfect for us that both Chris and our realtor got on the phone with the owners and the bank before we’d even seen all of the rooms. And we never would have seen our perfect house had the other one not fallen through. 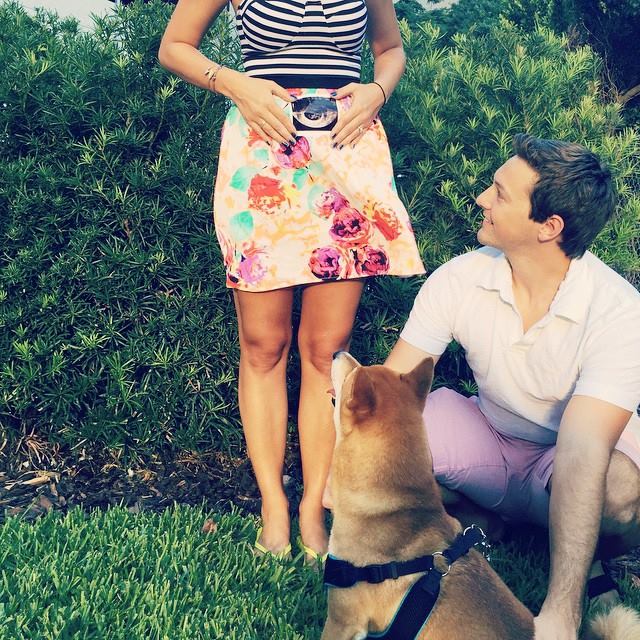 Having a baby. Not only did this not go according to plan…there just wasn’t a plan. That’s how far away we (thought we) were from starting a family. We hadn’t even talked about timing.

And then, surprise! Jack happened. And it has been better than if I had been able to plan it myself. 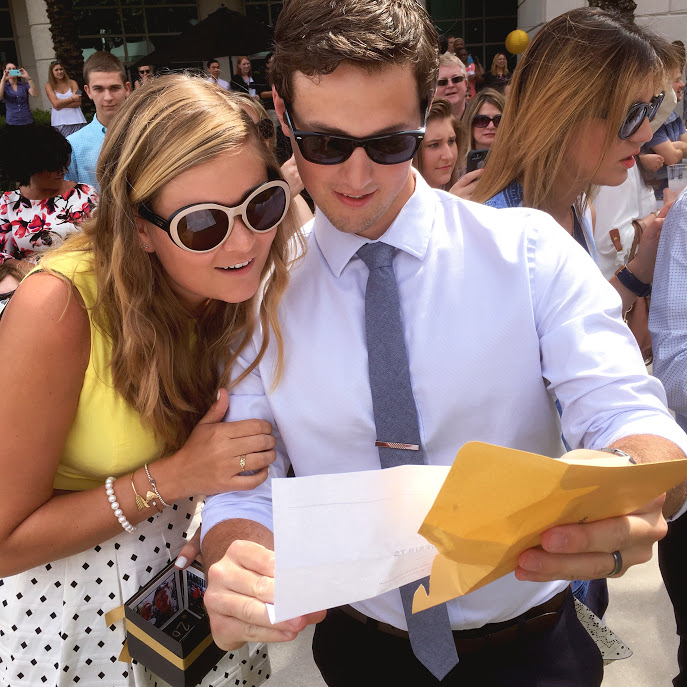 Matching in Gainesville. I’ve said before that the match process is crazy. Once Chris sent in his applications, I wrote the names of all the cities on index cards and either hung them on our wall (if he got an interview there) or threw them away (if he got rejected). I had a feeling that we were supposed to live in Gainesville, but I didn’t realize how heavily I was trusting that feeling until Chris got a rejection email from them. It devastated me to throw that card away. I called my mom and cried because I had truly thought we were supposed to end up there, and now that wasn’t even an option.

And then, a month later, Chris got a phone call from someone saying they didn’t know how a mistake was made, but his rejection email was sent by mistake, and could he please come in for an interview? And three days before Jack was born, he did. And two months later, we matched there.

Life is weird and exciting and strange and wonderful and funny.

Tell me about something that didn’t go according to plan for you!