How To: Have a Baby in a Studio Apartment. 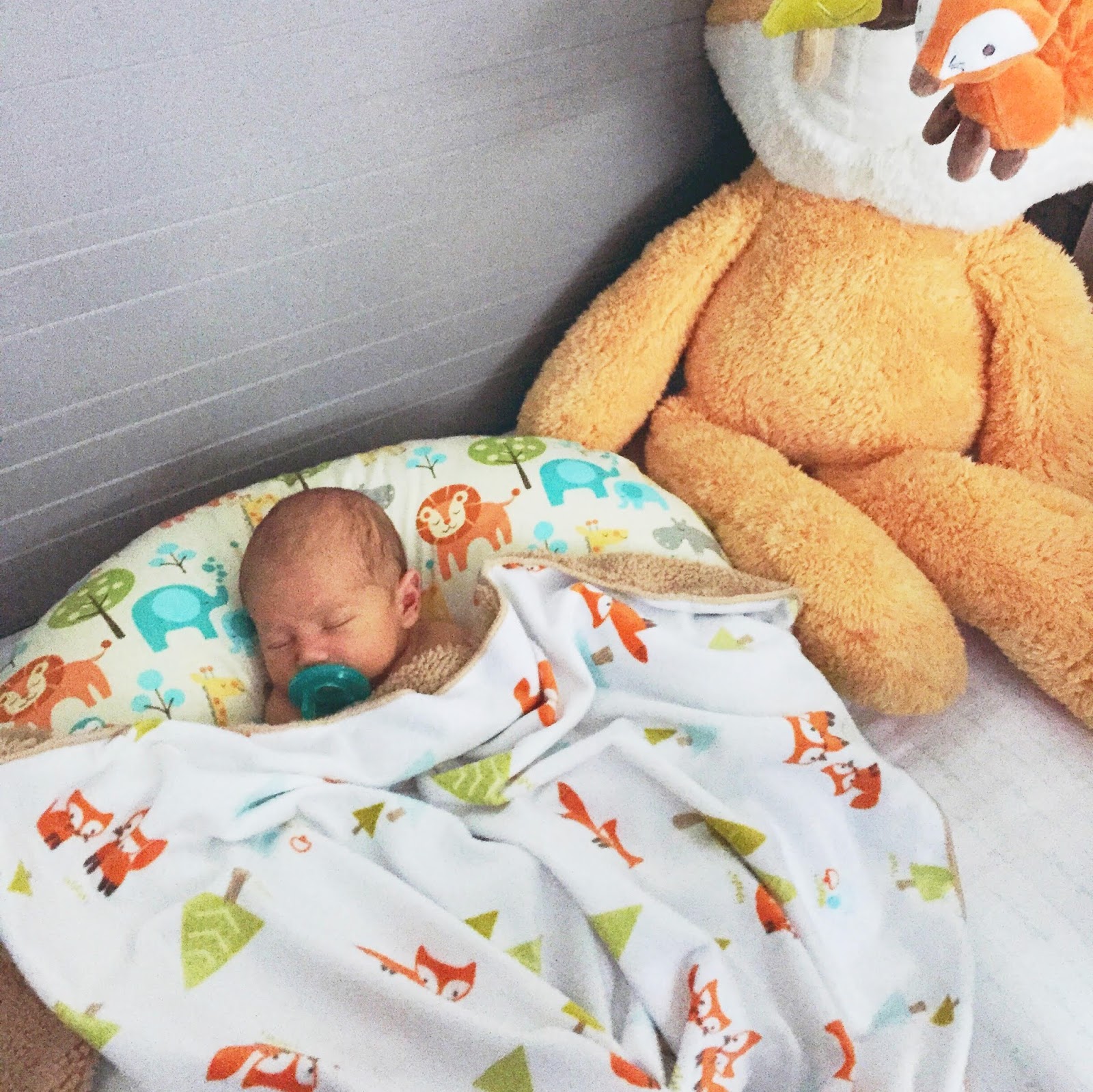 I found out I was having a baby three days after we had re-signed our apartment lease. Our tiny, beautiful, studio apartment. Sometimes when I say studio, people think I mean one bedroom. I do not. I mean one room…period. The kitchen, the den, the bed…all in the same room. After begging to be let out of the lease and told no, we had to figure out how to have a baby and two adults live in a studio apartment.

It was difficult, but through trial and error, I learned a lot about how to make it work, and I thought that might be helpful to someone else! 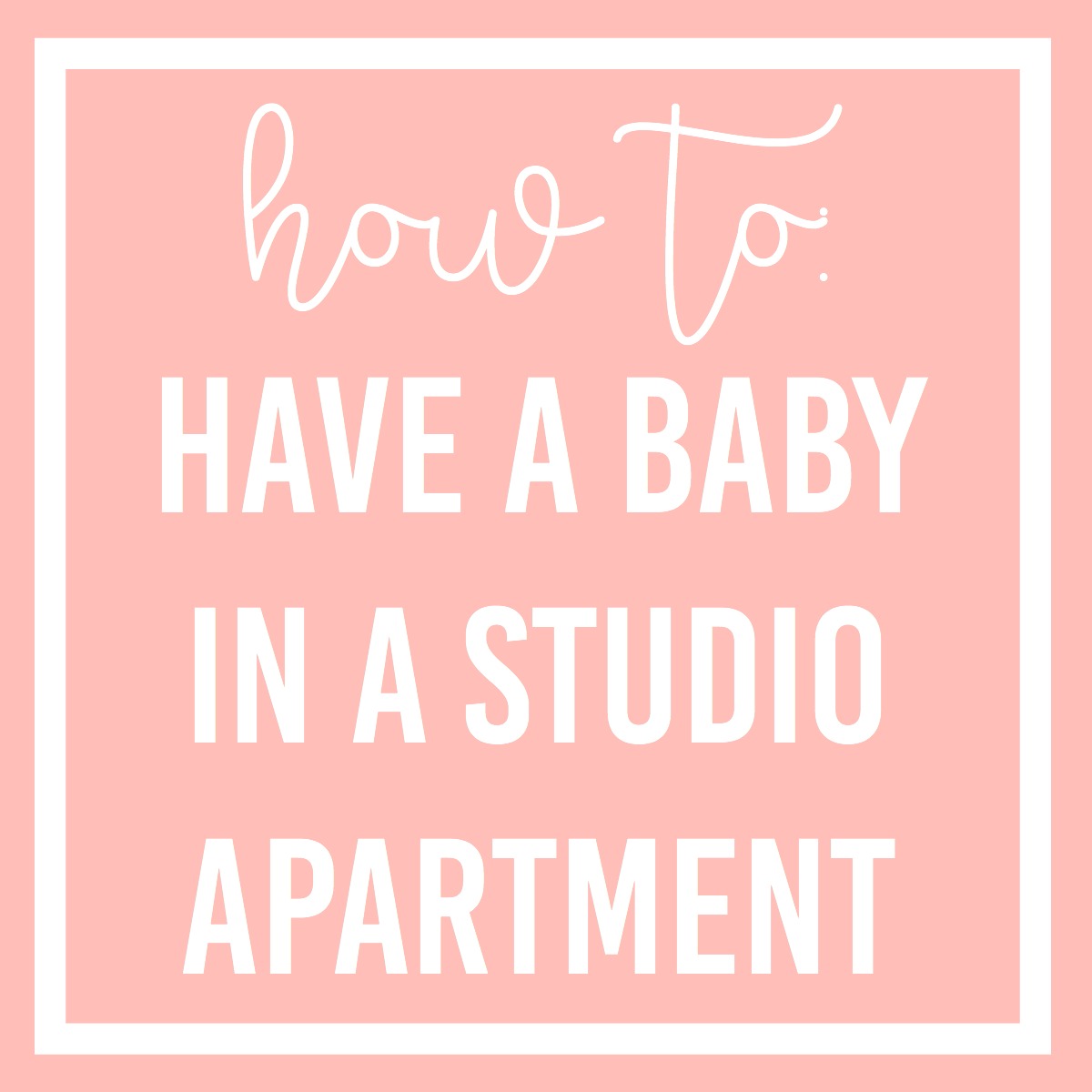 Get rid of any and all excess furniture. We had a big sectional couch, and it was awesome, but it also took up all of the space and wasn’t completely necessary. So we traded it in for a love seat and a rocking chair. The same goes for all non-functional furniture. If you have a nightstand that’s just pretty and doesn’t really do anything else, it’s gotta go.

Let go of your idea of what a nursery should look like. One of the hardest things for me was seeing all these Pinterest-perfect nursery pictures. I just assumed that whenever I had a baby, I would make the cutest little nursery for him, not be sharing a room with him. But if you’re in a studio, practical has to win out over aesthetically pleasing every time. Bonus: Once he got here, I realized how little the matching, color-coordinated stuff meant. He was perfectly happy in his mismatched things.

Buy everything in a travel version. Absolutely everything. Why? Because you can fold it up and hide it when you’re not using it. Baby stuff takes up so much room. For example, this is the baby bathtub everyone recommended. Great…but where am I supposed to put that all the hours of the day I wasn’t using it? We got this one instead, which we folded up and kept under the sink when we were done.

A few other things we used in travel version: This portable baby swing, the Rock ‘n Play, which we folded up and put behind our bed in between nap times, and this portable bouncer. Anything that says “travel” or “portable” is going to be easily packed away, which is going to give you more space during the times you’re not using everything.

Get a storage unit if at all possible. Getting a storage unit saved us a lot of money in the long run for a very simple reason. When you’re pregnant and have a baby registry, it’s the only time in your life where tons of people are going to buy you baby things. So take advantage of that. You don’t need things like a high chair right away, but it’s better to get one as a gift now than to have to go buy one in six months. We paid $18 a month to store all those “later” baby things, and it was 100% worth it.

View your trunk as a closet. It may sound weird, but hear me out. Think of how much space you have in your car. We kept Jack’s stroller (and several other non-essential) things in my trunk. It’s way easier to walk out to the car than to go to the storage unit.

You don’t need a crib. Am I the only one who didn’t know that babies usually don’t sleep in a crib right away? Probably. My best advice to people bringing a baby home to a studio would be to skip the crib. Register for one and store it if you can, but for now, you don’t need it. Get a travel bassinette or Rock ‘n Play for the first few months, then use a Pack ‘n Play. Jack is almost 15 months old and he could easily still sleep in a Pack ‘n Play if he didn’t have his own room. There are actually special mattresses that fit the Pack ‘n Play, just for this reason. It’s not as cute, sure, but it works and folds right up during the day!

At the end of the day, it’s totally possible. You can love on a baby anywhere, and that’s what’s important.