Books I Read in January & Whether or Not You Should Read Them. 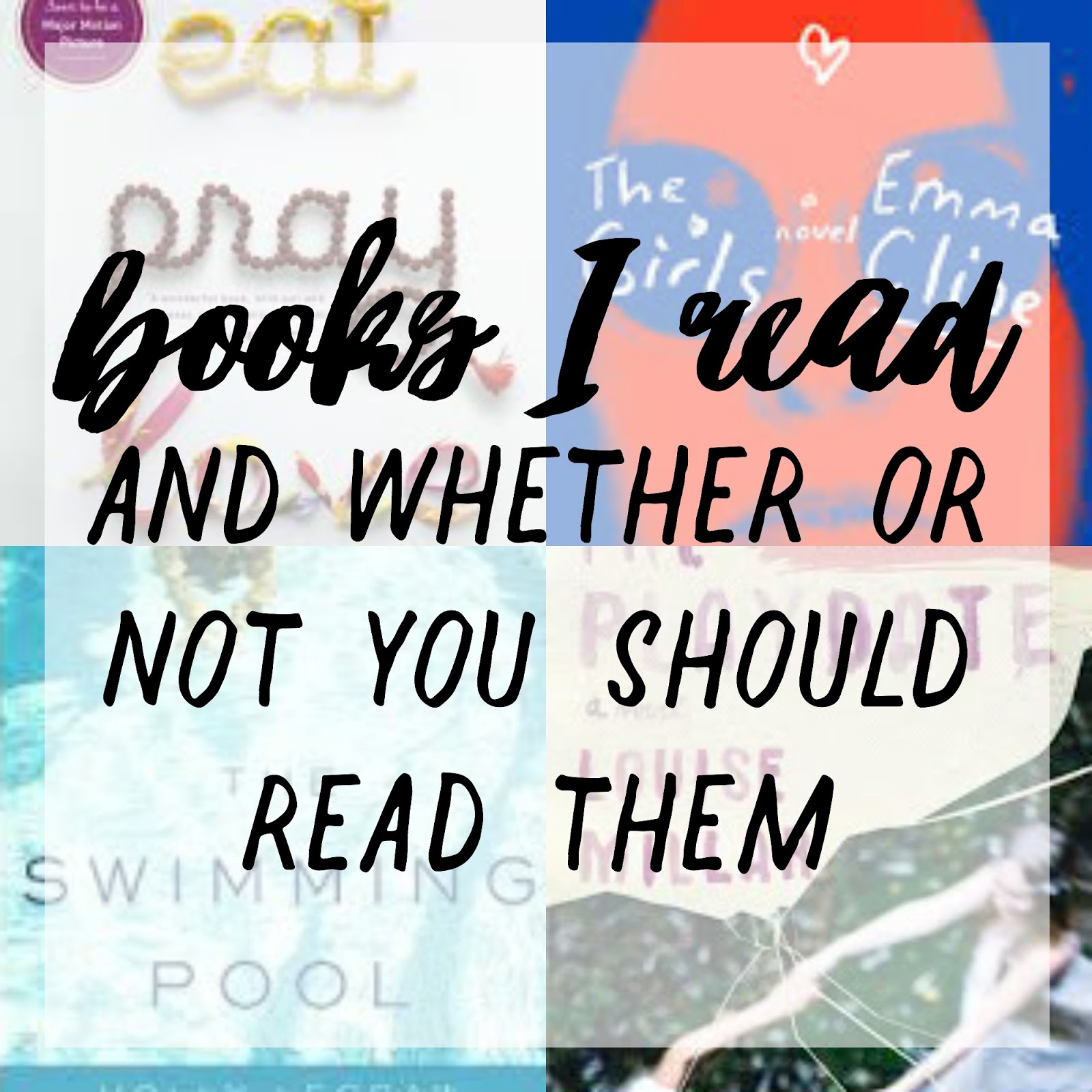 Plot: In her early thirties, Elizabeth Gilbert had everything a modern American woman was supposed to want—husband, country home, successful career—but instead of feeling happy and fulfilled, she was consumed by panic and confusion. This wise and rapturous book is the story of how she left behind all these outward marks of success, and set out to explore three different aspects of her nature, against the backdrop of three different cultures: pleasure in Italy, devotion in India, and on the Indonesian island of Bali, a balance between worldly enjoyment and divine transcendence. –via Goodreads

Favorite quote: “Happiness is the consequence of personal effort. You fight for it, strive for it, insist upon it, and sometimes even travel around the world looking for it. You have to participate relentlessly in the manifestations of your own blessings. And once you have achieved a state of happiness, you must never become lax about maintaining it. You must make a mighty effort to keep swimming upward into that happiness forever, to stay afloat on top of it.”

My thoughts: On paper, this should have been my new favorite book. Everyone raves about it, it’s about ignoring traditional success and going after happiness, it’s full of travel and good food and yoga, and-the biggest reason of all-it’s the woman who wrote Big Magic. If you’ve been around here for any amount of time, you probably know I am obsessed with Big Magic and feel like it actually changed my life.

I enjoyed reading about the experiences she had, but I couldn’t get past the selfishness and self-centeredness of it all. I realize not everyone is meant to be married and have kids. I realize not everyone will only love one (or two, or three) people for their entire lives. But my goodness, you cannot just keep setting people’s lives on fire and burning them down while you run away in search of happiness and call it “the right thing.” I mean, I guess you can, but it’s not a story I want to read.

Should you read it? Honestly, I don’t think it lives up to the hype. 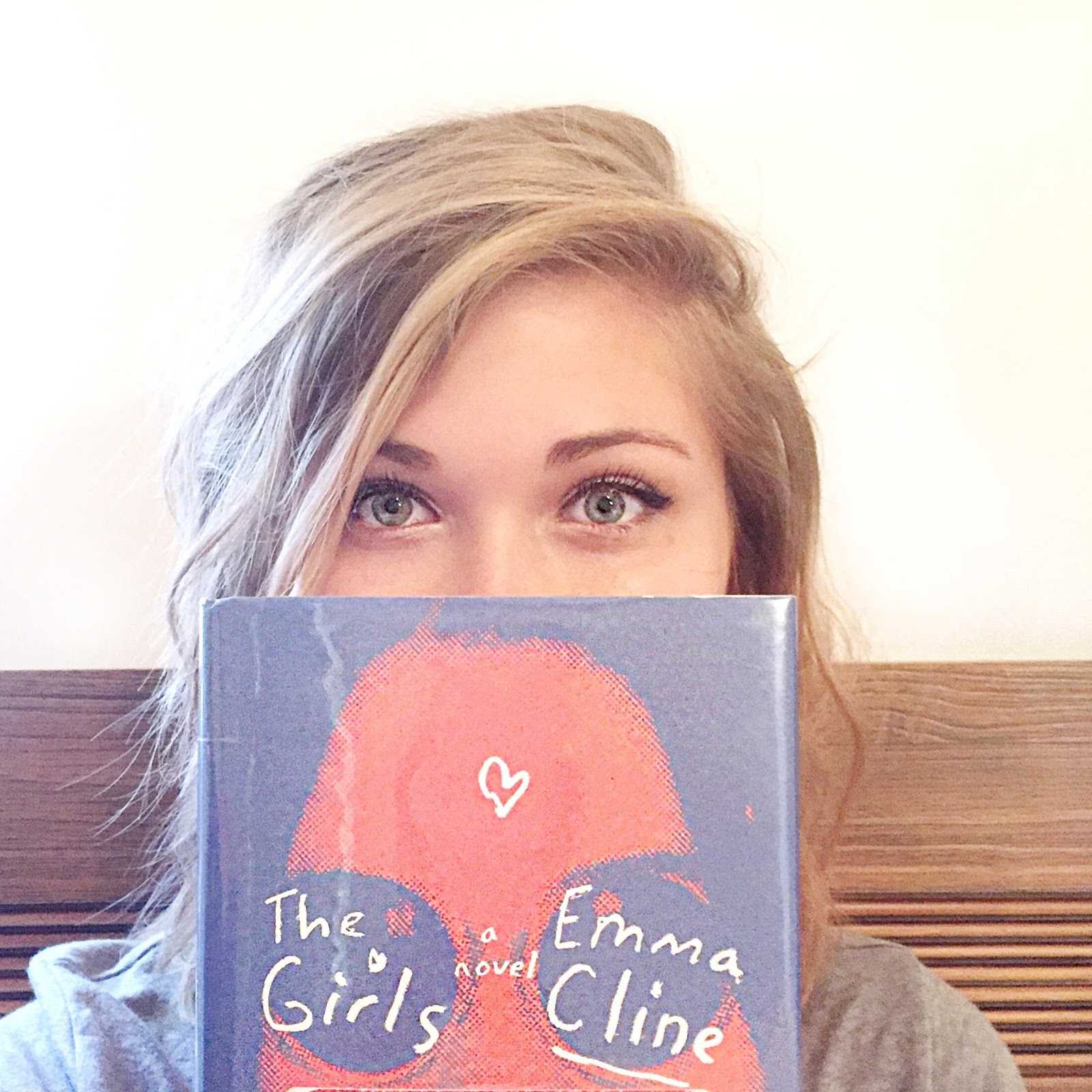 Plot: At the start of summer, a lonely and thoughtful teenager, Evie Boyd, sees a group of girls in the park, and is immediately caught by their freedom, their careless dress, their dangerous aura of abandon. Soon, Evie is in thrall to Suzanne, a mesmerizing older girl, and is drawn into the circle of a soon-to-be infamous cult and the man who is its charismatic leader. Hidden in the hills, their sprawling ranch is eerie and run down, but to Evie, it is exotic, thrilling, charged—a place where she feels desperate to be accepted. As she spends more time away from her mother and the rhythms of her daily life, and as her obsession with Suzanne intensifies, Evie does not realize she is coming closer and closer to unthinkable violence, and to that moment in a girl’s life when everything can go horribly wrong. –via Goodreads

Favorite quote: “All that time I had spent readying myself, the articles that taught me life was really just a waiting room until someone noticed you – the boys had spent that time becoming themselves.”

My Thoughts: Ugh. This is complicated. First: I picked this book up thinking it was a completely different book (that I knew nothing about, but was still excited to read) and they had close enough plots that I read a lot of this book before realizing I was not reading what I thought I was reading. So, there’s that. I think had I known I was reading about the Manson cult (unofficially) from the beginning, I would have enjoyed it more.

This author is definitely one to watch. This book was incredibly well-written and gives an eerily accurate portrayal of how a normal 14-year old who’s had a good life with no big problems could find themselves willingly pulled into a cult. It was fascinating. It enthralled me, made me uncomfortable, and when I finished it, I kind of wished I hadn’t read it because of the sad and empty feeling it left me with…and I think that’s exactly what she was going for. Someone please tell me that makes sense to you.

Should you read it? Yes and no. It’s fascinating and well-written and sucks you in, but it’s also about a young girl in a cult and murders. So I’m gonna leave this one up to you.

This was the book that made me decide that I’m not going to finish books I don’t like this year. This book is a mystery that never gets solved.

Plot: In a quiet London suburb, a group of mothers relies on each other for friendship, favors, and gossip. But some of them shouldn’t be trusted, and others have dark secrets.

When Callie moved into her new neighborhood, she thought it would be easy to fit in. The other parents have been strangely hostile, though, and her frail daughter Rae is finding it impossible to make friends. Suzy, with her rich husband and her three energetic children, has been the only one to reach out, although their friendship has recently felt inexplicably strained. Now the police have suggested that someone dangerous may be living in their neighborhood, and the atmosphere feels even more toxic. Then there’s the matter of Callie’s ex-husband, and the shocking truth behind their divorce . . . a truth that she would do anything to hide. -via Amazon

My Thoughts: This was a light psychological thriller, meaning I read it in a few afternoons by the pool without having to put too much thought into it. It has some really interesting plots, a few not-quite-believable twists, and a satisfying ending. Exactly what I needed after The Swimming Pool.