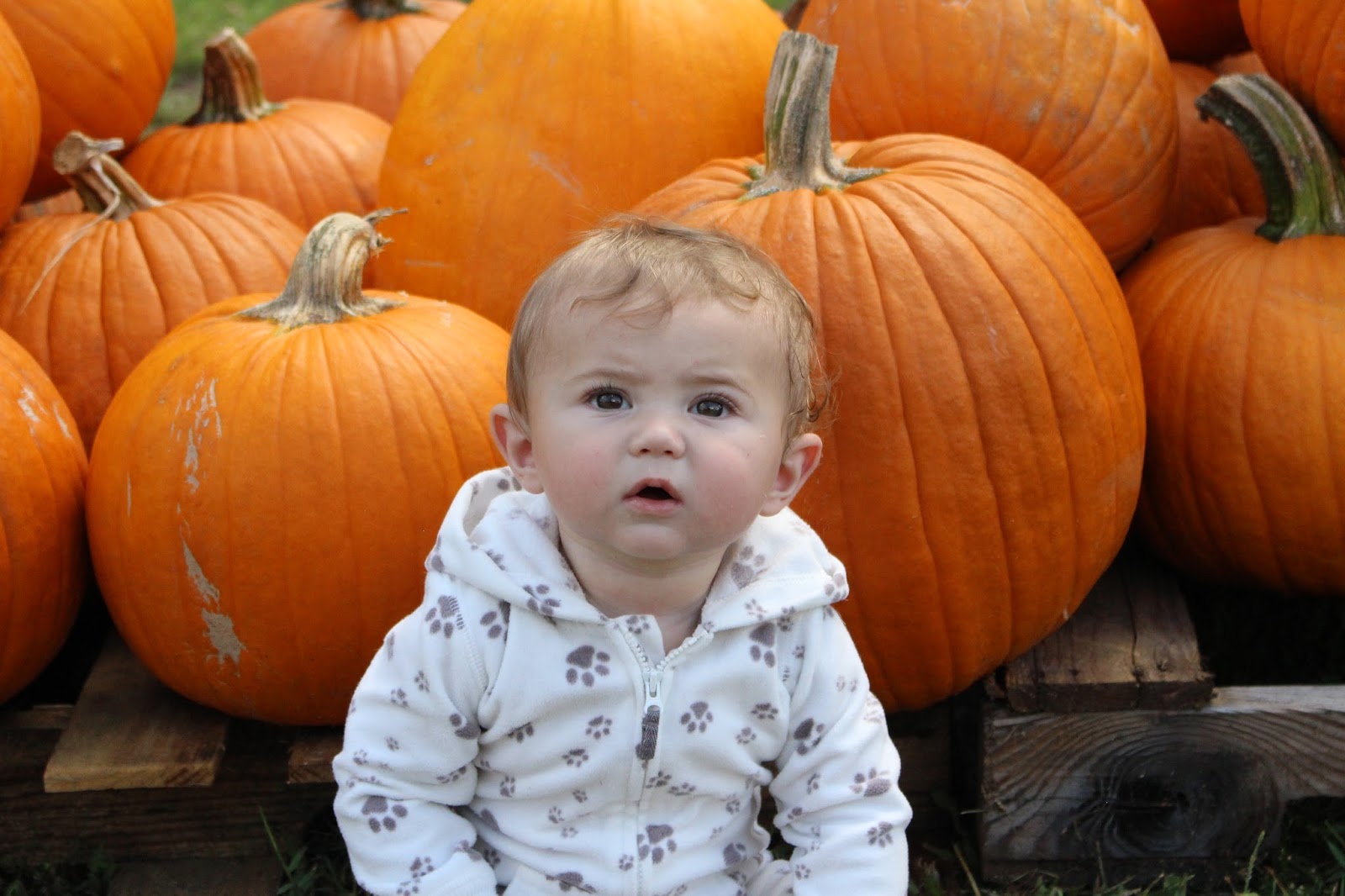 Last week we spent a day at the beach. A few days ago we celebrated fall around some pumpkins. I’m currently drinking pumpkin spice coffee, and there’s a hurricane happening. This is how Jack feels about all of that. I don’t blame you, buddy. It’s confusing.

This is my first ever (real) hurricane. Luckily, I’m not at the beach, and hopefully, the extent of damage here will just be some bad storms and maybe power outages. However, since I experienced an entire three days of hurricane prep, I am now obviously an expert and am here to share with you what I have learned.

Jokes. I know nothing. But here’s what the last three days have taught me:

People are savages. As of Monday, Florida was probably not in the path of good old Matthew. As of Tuesday, that had changed. Chris told me it was probably a good idea to swing by Target and get some extra baby food and water, just in case. I took my time getting there, because 1) We’re not beachside, so surely no one is taking this too seriously, and 2) It’s still really early in the week, surely no one is freaking out yet.

My first clue was the woman sprinting out of Target who almost ran me and Jack over with her cart because it was piled too high with water jugs for her to see where she was going. My second clue was Target looking like it does the afternoon of Black Friday.

The water and dried food sections had just been ravaged. There was stuff all over the floor. People were yelling at employees. I don’t exactly understand why a hurricane coming would cause you to throw pasta on the floor, but hey, you do you. 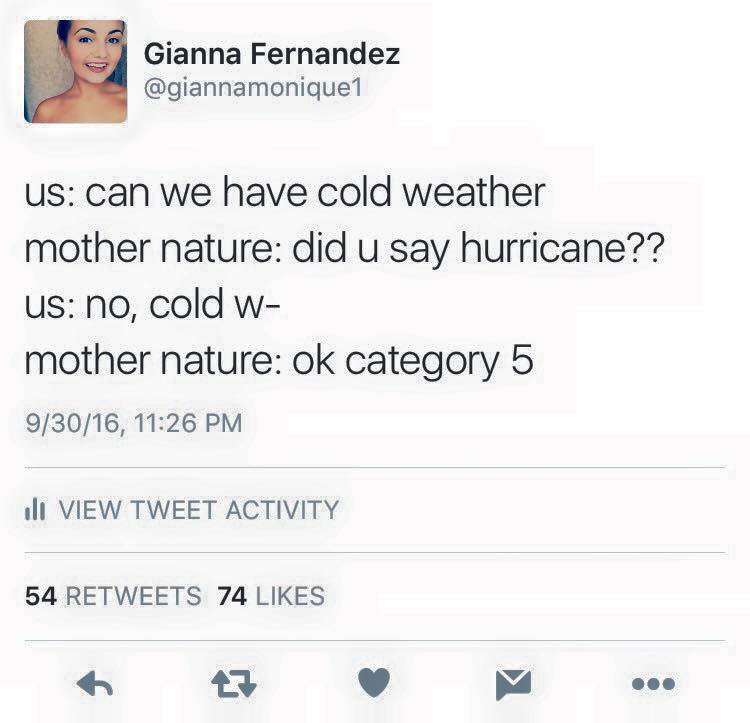 People are kind. If the weather channel is right, my hometown is about to get wrecked by this hurricane. I’ve been on facebook way too much, following along with everyone’s evacuation plans. One thing I have seen so much of is people offering to help their friends and genuinely meaning it. I saw someone say, “It’s one thing to say, ‘Let me know if you need anything!’ And another thing to spend hours helping your friends hurricane proof their house.”

I’ve also seen lots of people take in pets they’ve found wandering around so they don’t get caught in the storm. In the words of Mr. Rogers, look for the helpers. You will always find people who are helping.

I am not a real adult. My husband is incredibly responsible and exactly who I would want to be with in a disaster situation. My husband is also a doctor who will not be allowed to leave the hospital, even if my house does happen to blow away. This makes me so panicky.

My mom called me last night and said, “We’re watching the weather channel and we think it would be smart if you keep an eye on the weather for your area, too.” I said okay and thought about if for approximately four seconds because saying, “Yes…but like, also….can Dad actually keep an eye on it for me?” I have a job and a baby and a house BUT I STILL DON’T KNOW HOW TO ADULT.

Are you in the path of the hurricane? Stay safe, friends!