I Tried Them For You: 5 Popular Pumpkin Spice Creamer Recipes & How They Compare. 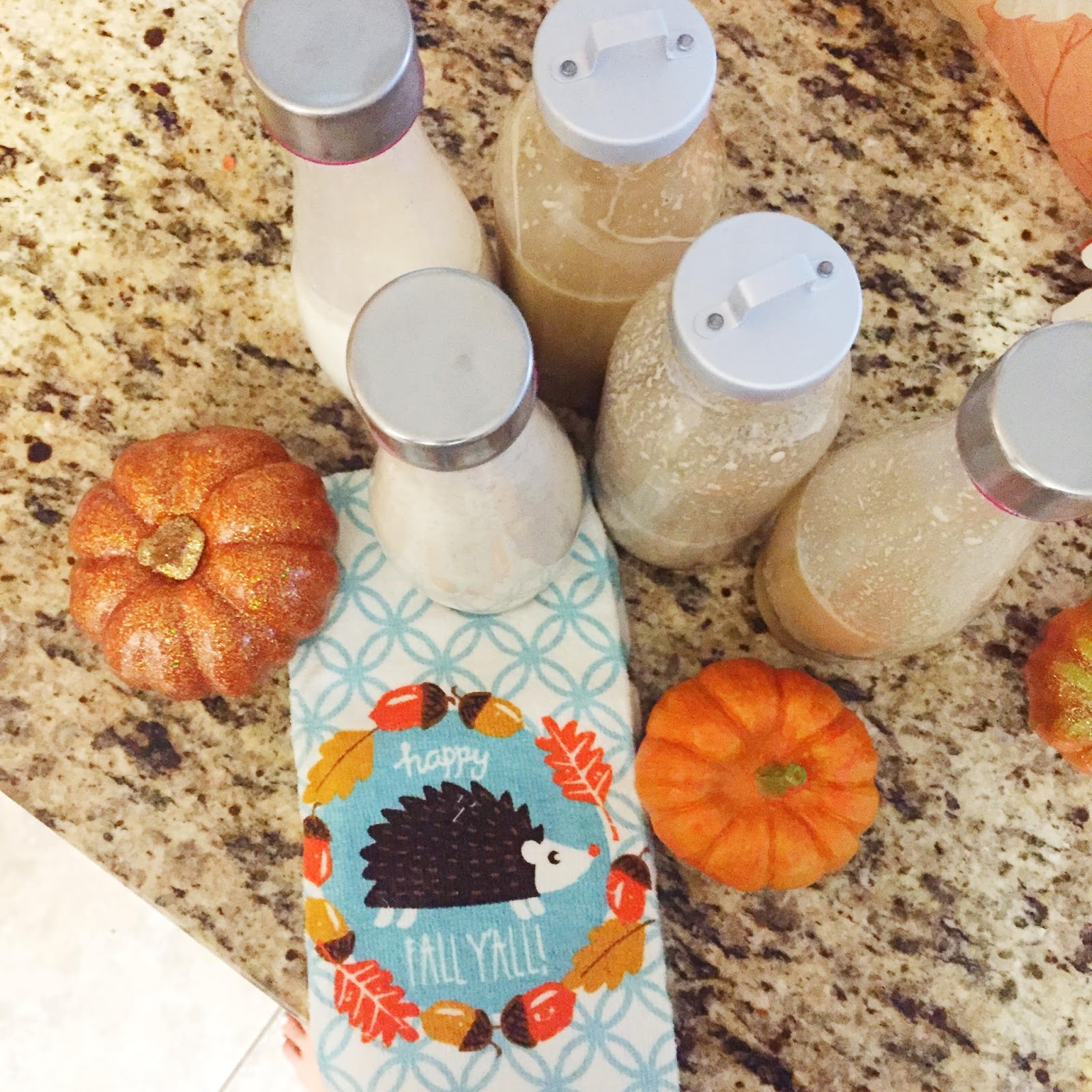 If you’re anything like me, you’re ecstatic that the time for pumpkin spice coffee is here again. But if you’re anything like me, you probably don’t love how much money it would cost to indulge in how many pumpkin spice lattes you would actually like to drink.
Fall makes me want to be Martha Stewart and make all the fall treats that pop up on Pinterest. The problem with Pinterest, though, is that there are so many recipes with thousands of repins, but you have no way of knowing if those people actually tried that recipe, or if it’s even any good.
This weekend, I decided to test out five of the most popular pumpkin spice creamers on Pinterest to see how they compared and find out if they were worth your time. My kitchen is sticky, my house smells like fall, and I have a new favorite creamer. 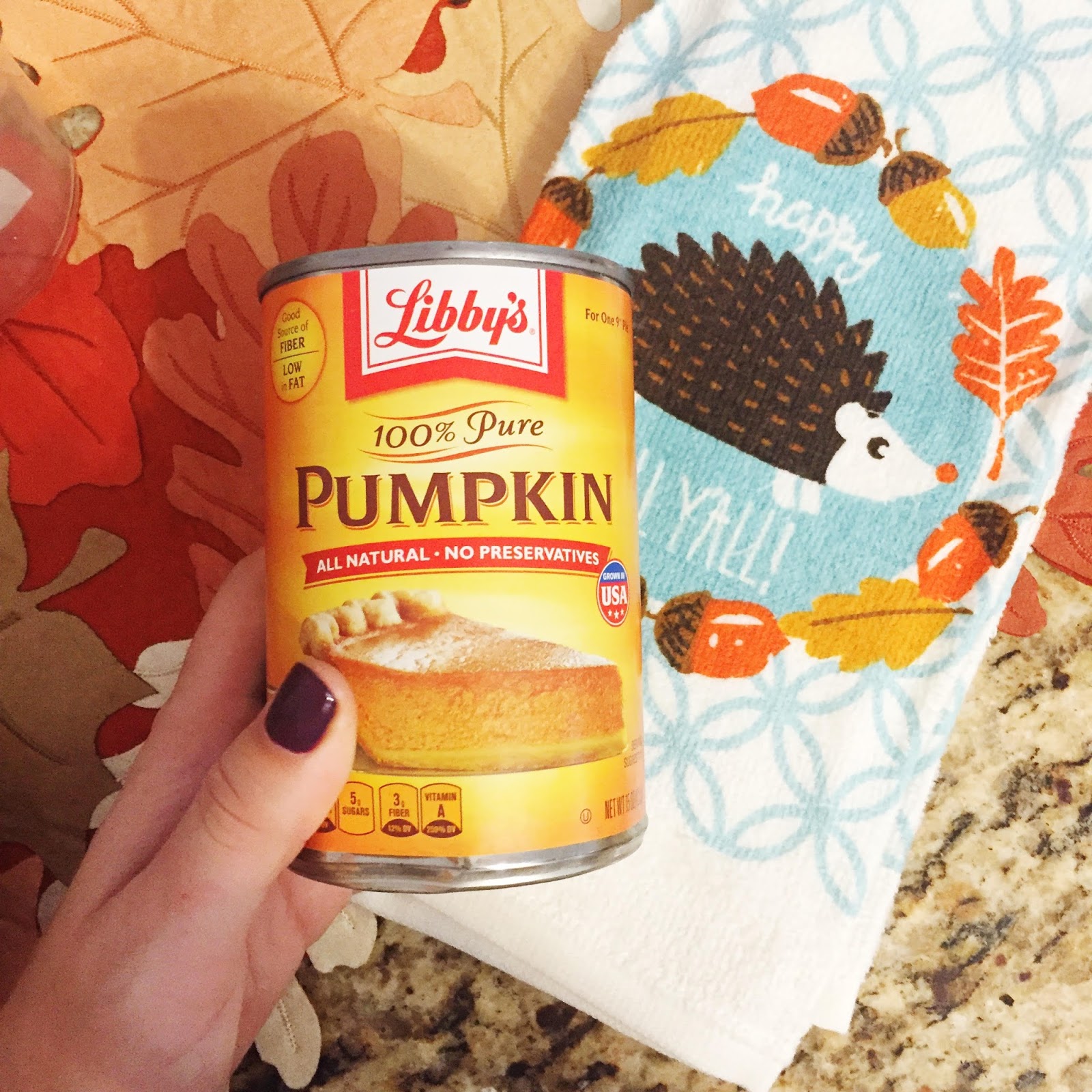 This one has been repinned 47,400 times! Obviously I had to try it.

Cons: It was really, really thick. I ended up adding some extra milk in so I could stir it in my coffee more easily.

Verdict: 47,400 people were right. This is delicious and exactly what I hoped for when making my own creamer. It actually tastes like real pumpkin, which is a win in my book. Just add a little extra milk if you want the consistency to be more like normal creamer.

This one includes maple syrup, which I’ve never tried in coffee before. I was intrigued!

Cons: Very strong maple syrup taste. There’s the same amount of syrup as there is pumpkin, and I can definitely taste the syrup more. If you’re a maple fan, this may be the pumpkin creamer for you!

Verdict: I liked it, but I wanted more pumpkin flavor. Next time I make it, I’ll either use more pumpkin or less syrup.

This one uses just a few ingredients that you probably have in your pantry already.

Verdict: It’s delicious. If you’ve ever had Vietnamese iced coffee, you know how good sweetened condensed milk and coffee are together. I think I’ll try this one again with some real pumpkin next time.

I decided to throw a vegan one on here, because why not?

Cons: You can taste the coconut milk. Let’s be clear: I did not feel like this was a con, because in some strange universe the pumpkin and the coconut milk somehow mixed together into pure magic once they made it in my coffee. But if you don’t like coconut, this one might not be for you.

Verdict: You need to try this one. I assumed this would be my least favorite (I really love dairy, ha), but I was so wrong. Just be sure to stir it into your coffee well, because it does tend to seperate from the coffee if you leave it sitting too long.

Pros: Cheap to make! Instead of using all cream or milk, it’s made up of half water, making it cheaper!

Cons: Strong brown sugar taste. It was also a little watery.  It was tasty, but it tasted more like a sugar cookie with a little pumpkin spice thrown in (which, hello, is still delicious) and less like pumpkin creamer.

Verdict: It wasn’t my favorite one. Next time I would definitely use less brown sugar, and maybe add a little more pumpkin to thicken it up a bit. 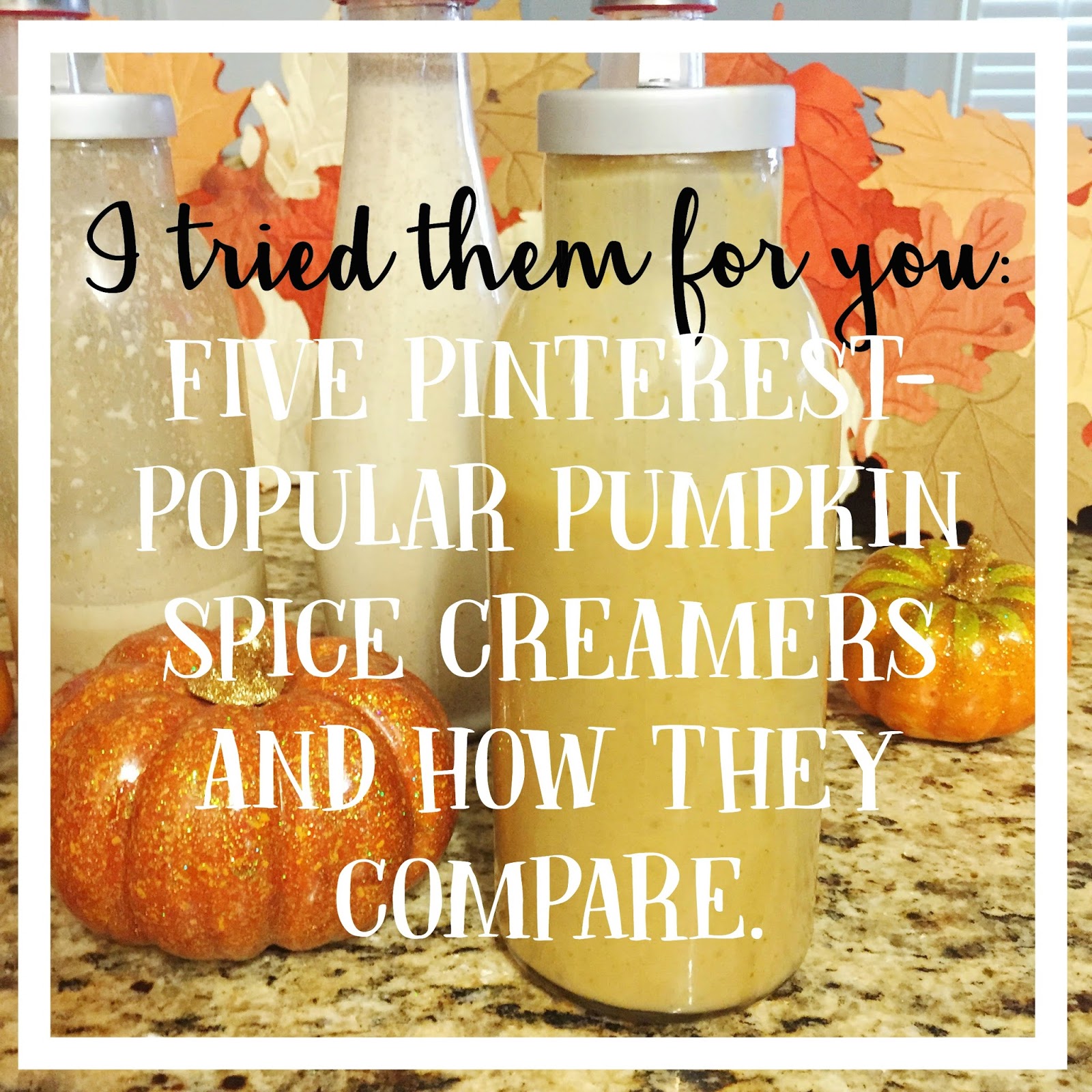 The Winner? Healthy Pumpkin Spice Coffee Creamer (Dairy Free!) from The Balanced Berry. Am I shocked to find out that my favorite DIY pumpkin creamer is actually vegan? Yes, yes I am. But this was so delicious! The fact that I can drink more of it while feeling a little less guilty is just an added bonus.
Do you have a favorite DIY pumpkin spice creamer recipe?