Books I Read in July & Whether or Not You Should Read Them. 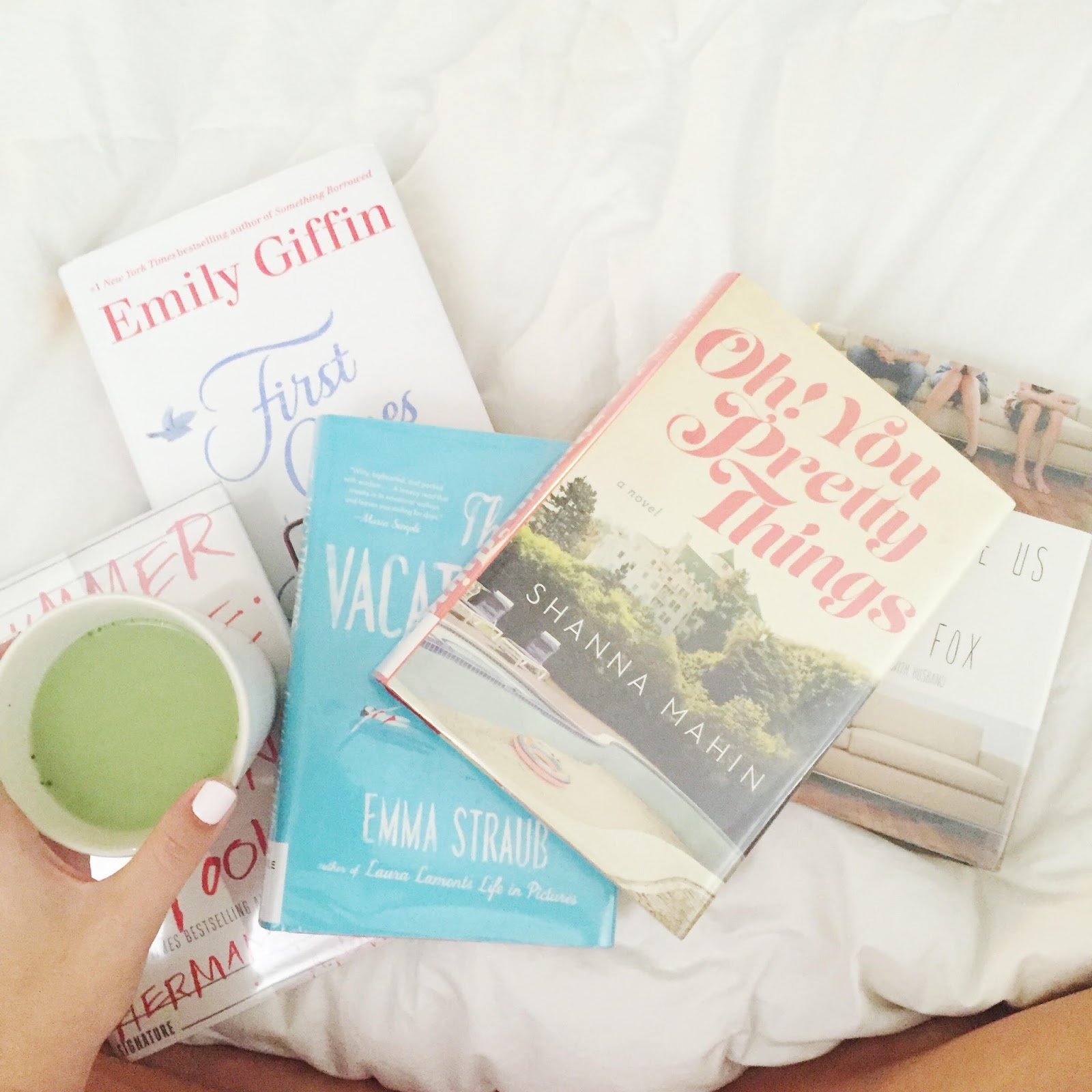 Despite getting a library card and checking out entirely too many books, I somehow only read two books this month. And by somehow, I mean “it’s really hard to read a book while holding a baby who wants to rip out all the pages.” Haha.
Anyway, here’s what I’ve got for you this month. Hopefully August will be full of way more good reads. A girl can dream, right?

The Dinner by Herman Koch

Plot: “A summer’s evening in Amsterdam and two couples meet at a fashionable restaurant. Between mouthfuls of food and over the delicate scraping of cutlery, the conversation remains a gentle hum of politeness – the banality of work, the triviality of holidays. But the empty words hide a terrible conflict and, with every forced smile and every new course, the knives are being sharpened… Each couple has a fifteen-year-old son. Together, the boys have committed a horrifying act, caught on camera, and their grainy images have been beamed into living rooms across the nation; despite a police manhunt, the boys remain unidentified – by everyone except their parents. As the dinner reaches its culinary climax, the conversation finally touches on their children and, as civility and friendship disintegrate, each couple shows just how far they are prepared to go to protect those they love.” -via Goodreads

My thoughts: Everywhere I saw a review on this book, people raved about it. I was so excited to read it…but I didn’t like it. At all. It was one of those that I probably wouldn’t have even finished if I hadn’t heard such good things about it.

Sorry if you loved this book or if you’re one of the people who recommended it to me. This is me right now…see number six.

Should you read it? I wouldn’t.

Plot: “Growing up, Josie and Meredith Garland shared a loving, if sometimes contentious relationship. Josie was impulsive, spirited, and outgoing; Meredith hardworking, thoughtful, and reserved. When tragedy strikes their family, their different responses to the event splinter their delicate bond.

Fifteen years later, Josie and Meredith are in their late thirties, following very different paths. Josie, a first grade teacher, is single—and this close to swearing off dating for good. What she wants more than the right guy, however, is to become a mother—a feeling that is heightened when her ex-boyfriend’s daughter ends up in her class. Determined to have the future she’s always wanted, Josie decides to take matters into her own hands.

On the outside, Meredith is the model daughter with the perfect life. A successful attorney, she’s married to a wonderful man, and together they’re raising a beautiful four-year-old daughter. Yet lately, Meredith feels dissatisfied and restless, secretly wondering if she chose the life that was expected of her rather than the one she truly desired.

As the anniversary of their tragedy looms and painful secrets from the past begin to surface, Josie and Meredith must not only confront the issues that divide them, but also come to terms with their own choices. In their journey toward understanding and forgiveness, both sisters discover they need each other more than they knew . . . and that in the recipe for true happiness, love always comes first.

Emotionally honest and utterly enthralling, First Comes Love is a story about family, friendship, and the courage to follow your own heart—wherever that may lead.”–via Goodreads 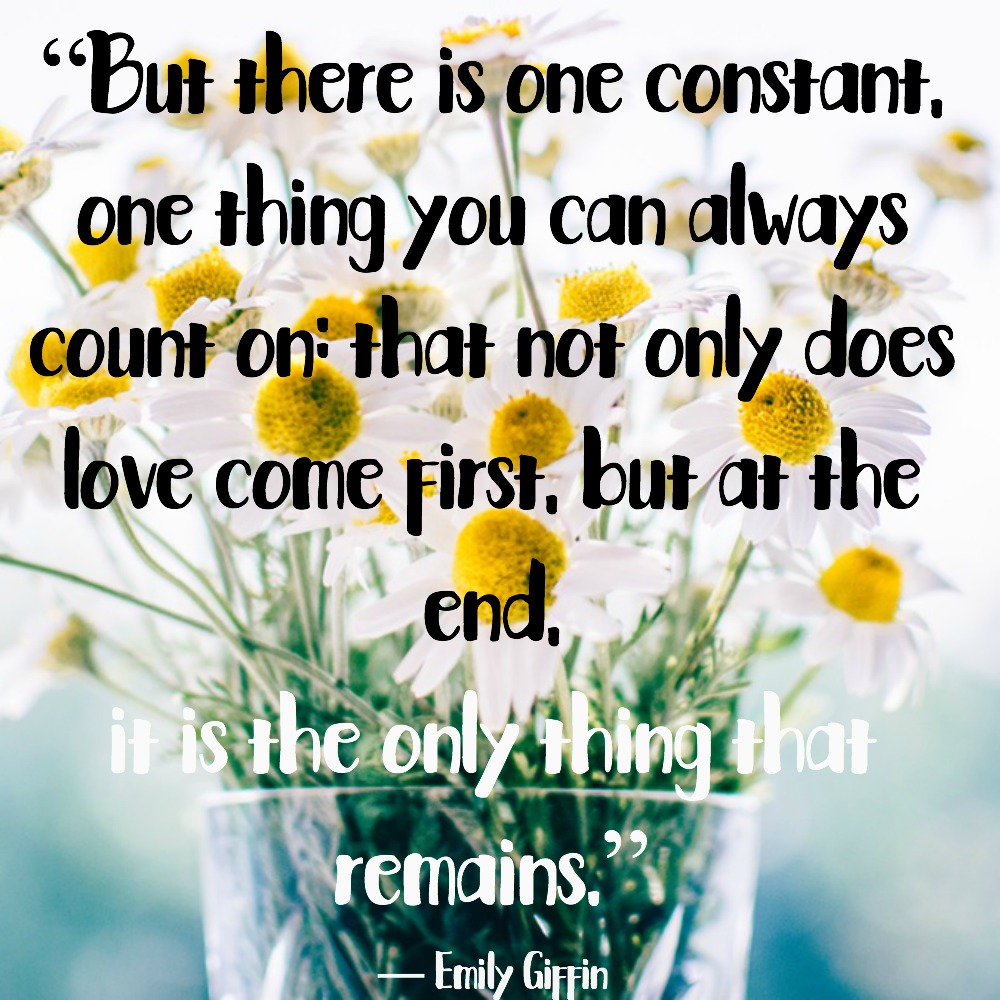 Favorite quote: “But there is one constant, one thing you can always count on: that not only does love come first, but at the end, it is the only thing that remains.”

My thoughts: Emily Giffin has a talent for taking emotionally raw, normal life stories and making them compelling enough that you want to read a whole book about them. When I finished this book, I felt less like I had read a novel and more like I had just been hanging out with a slightly dysfunctional (aren’t they all?) family for a week or so.

I enjoyed it. It wasn’t my favorite book ever, but it was a nice pool read.

Should you read it? Yes, if you like Emily’s other books.