20 Weeks With Jack: All of The Pictures. 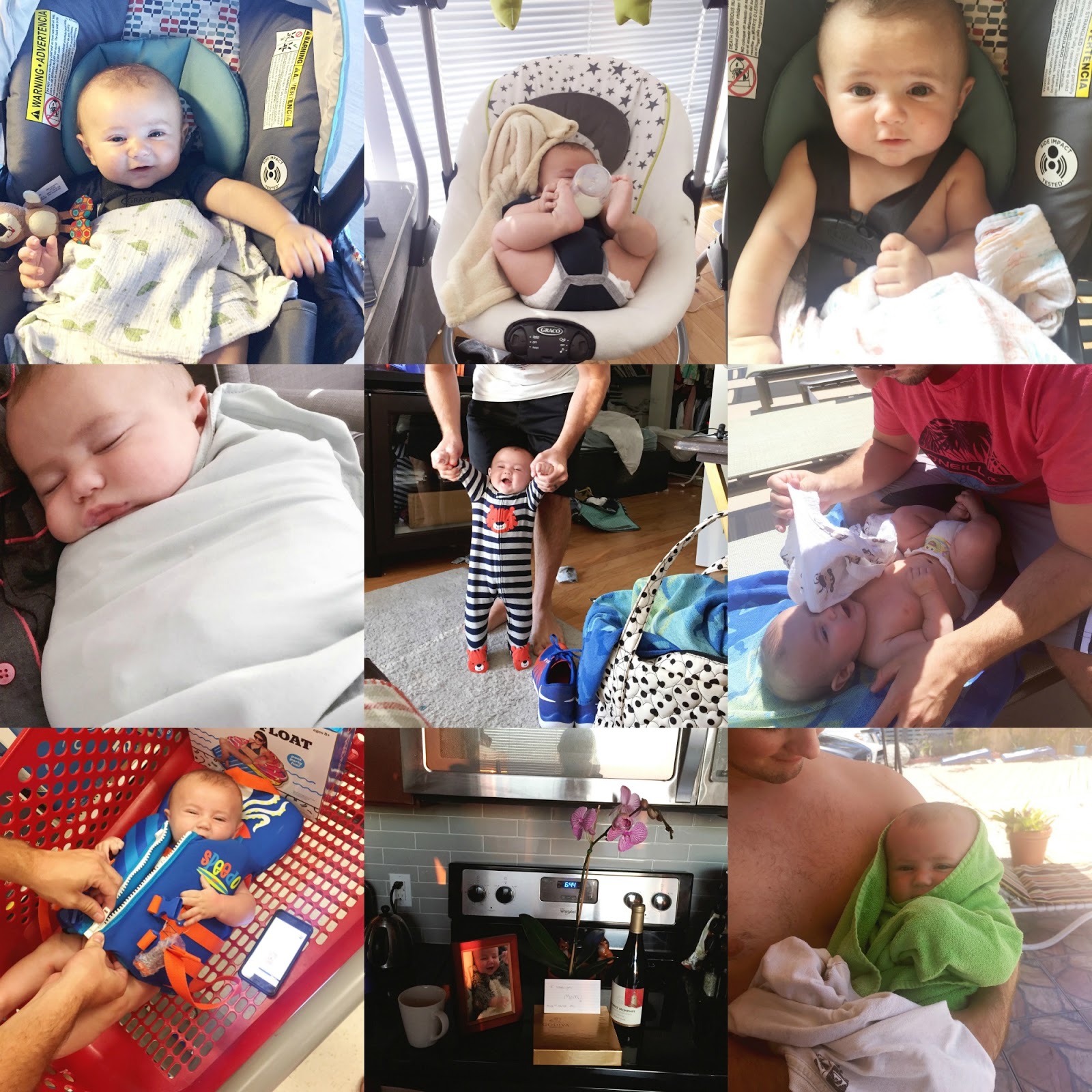 you love just hanging out in your carseat at dinner with us // you can’t hold your own bottle yet, but you put it in your feet all the time // still so in love with all your facial expressions // chubby chubby cheeks // happy to have help walking around // such a little florida baby at the pool // life jacket shopping was slightly less than successful // my first mother’s day, I woke up to flowers, wine, chocolate, and a picture of you! // all snuggly on vacation 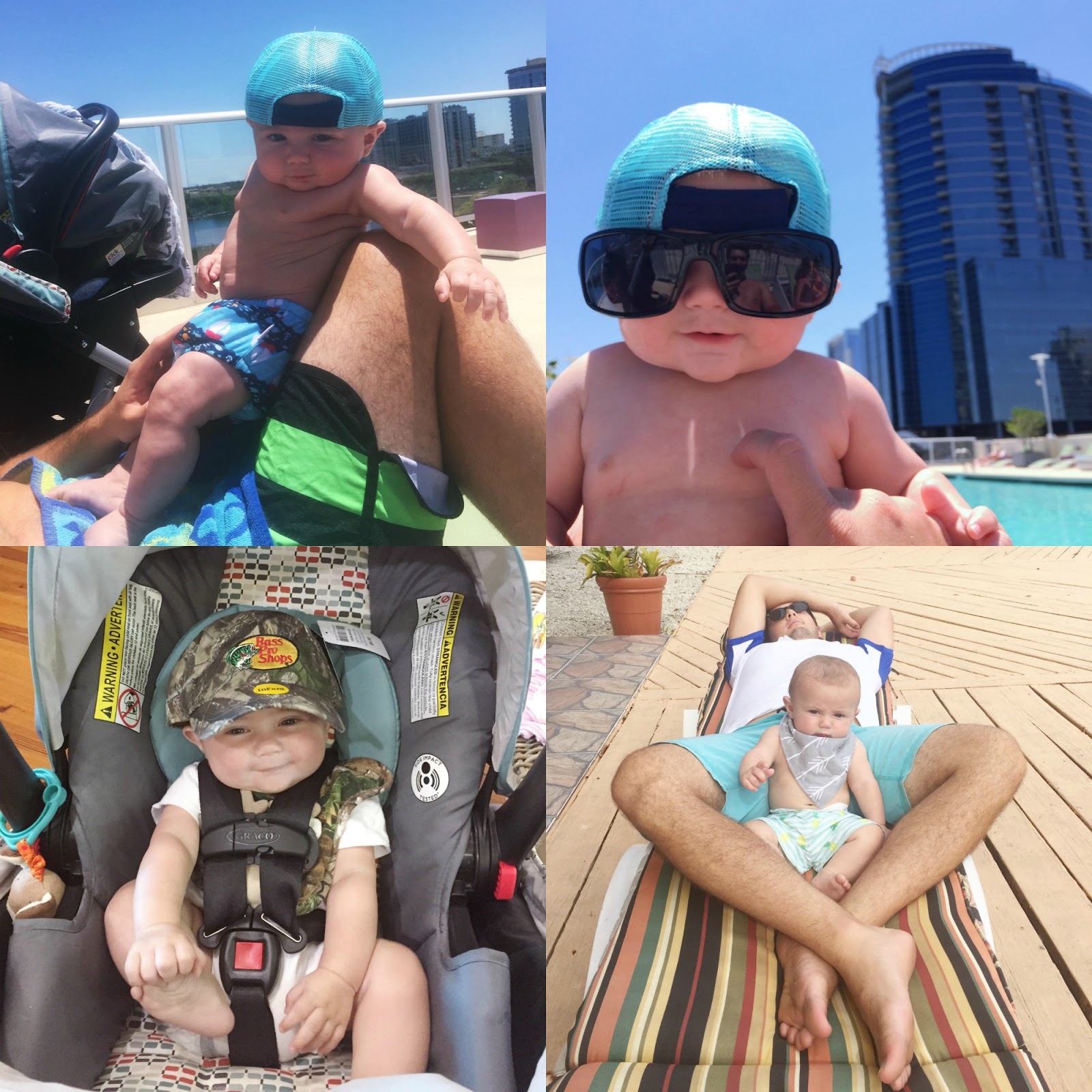 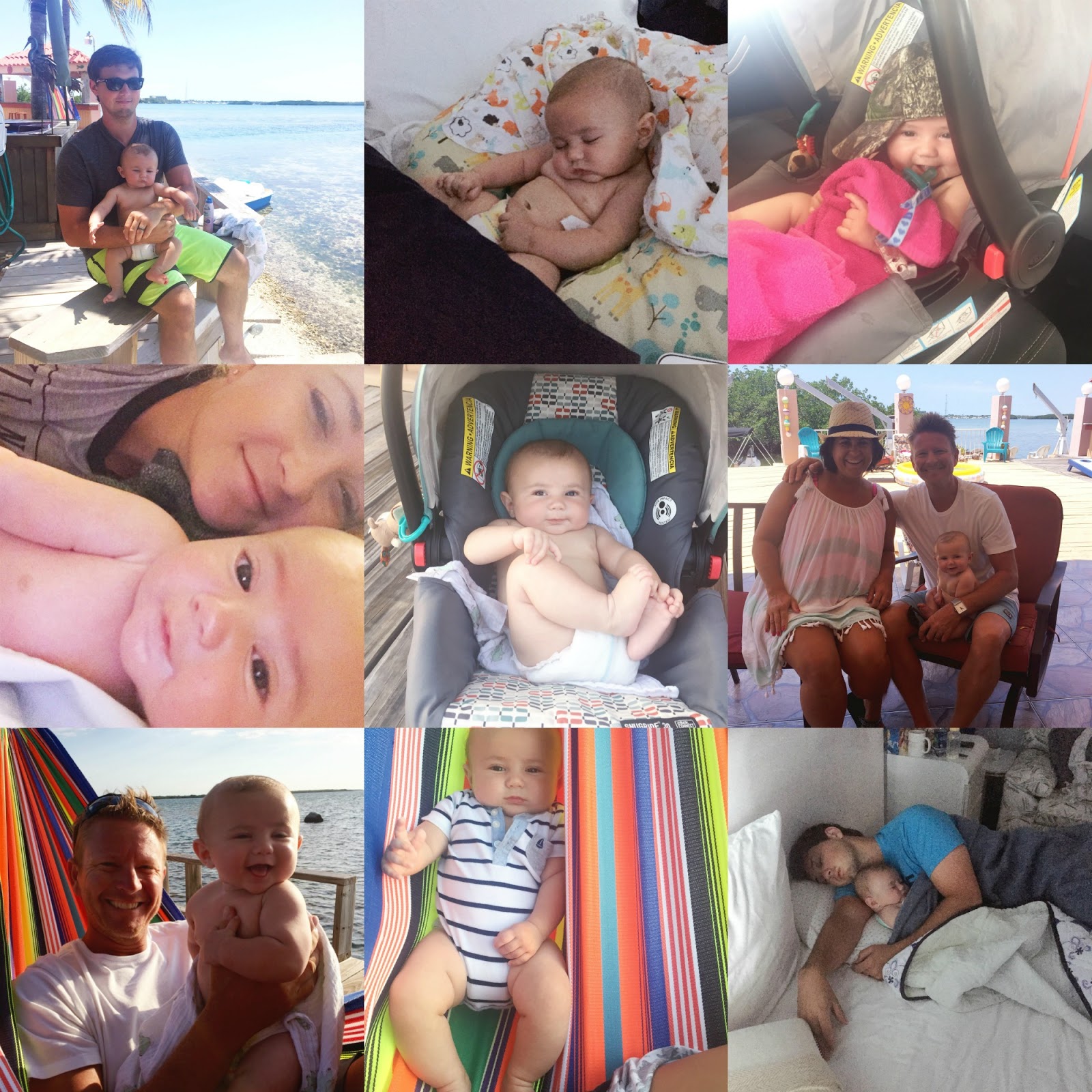 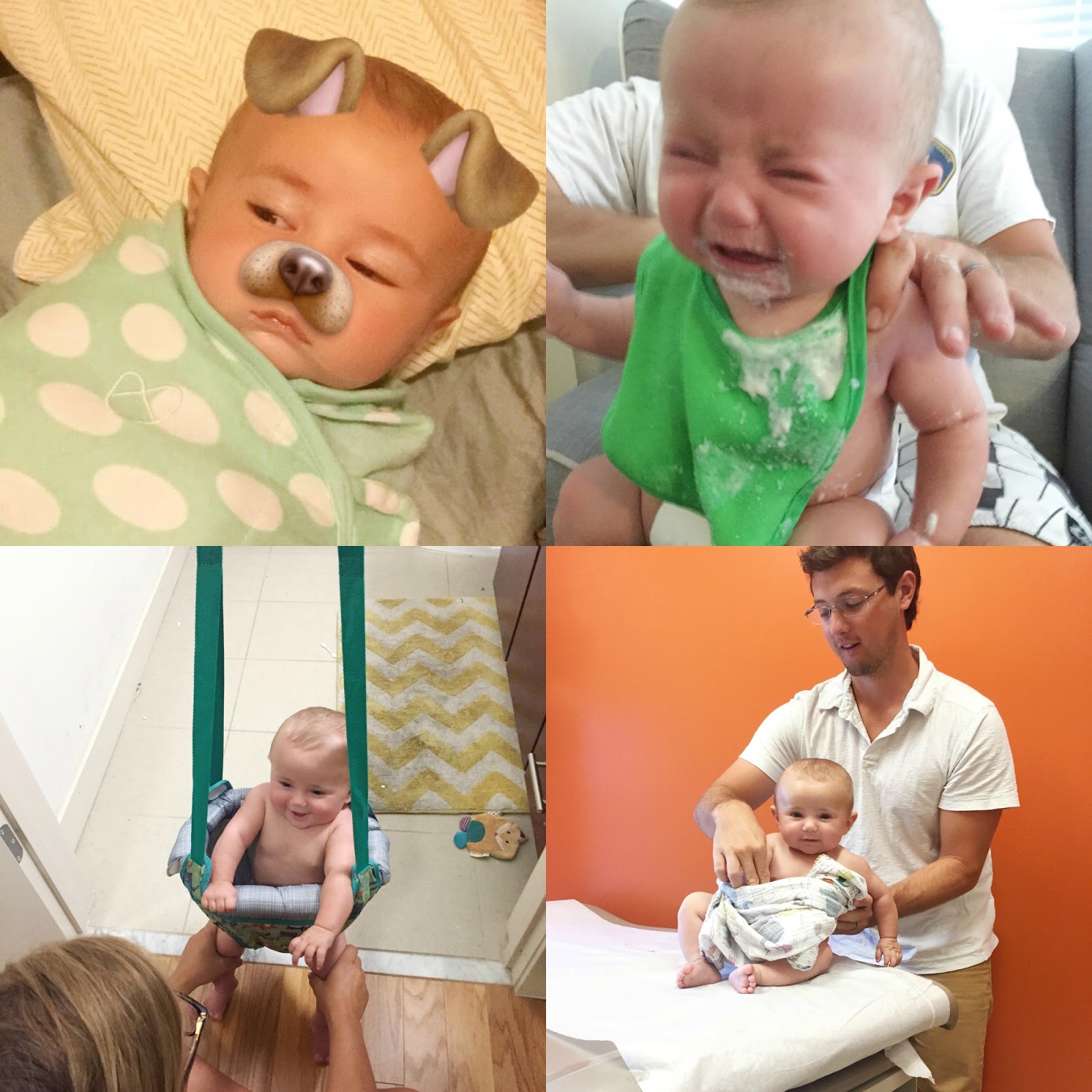 having way too much fun with snapchat // our first attempt at rice cereal went exactly as it looks // we got you a little bouncer to keep you occupied while we packed up the apartment // you always do so good at your doctor appointments! 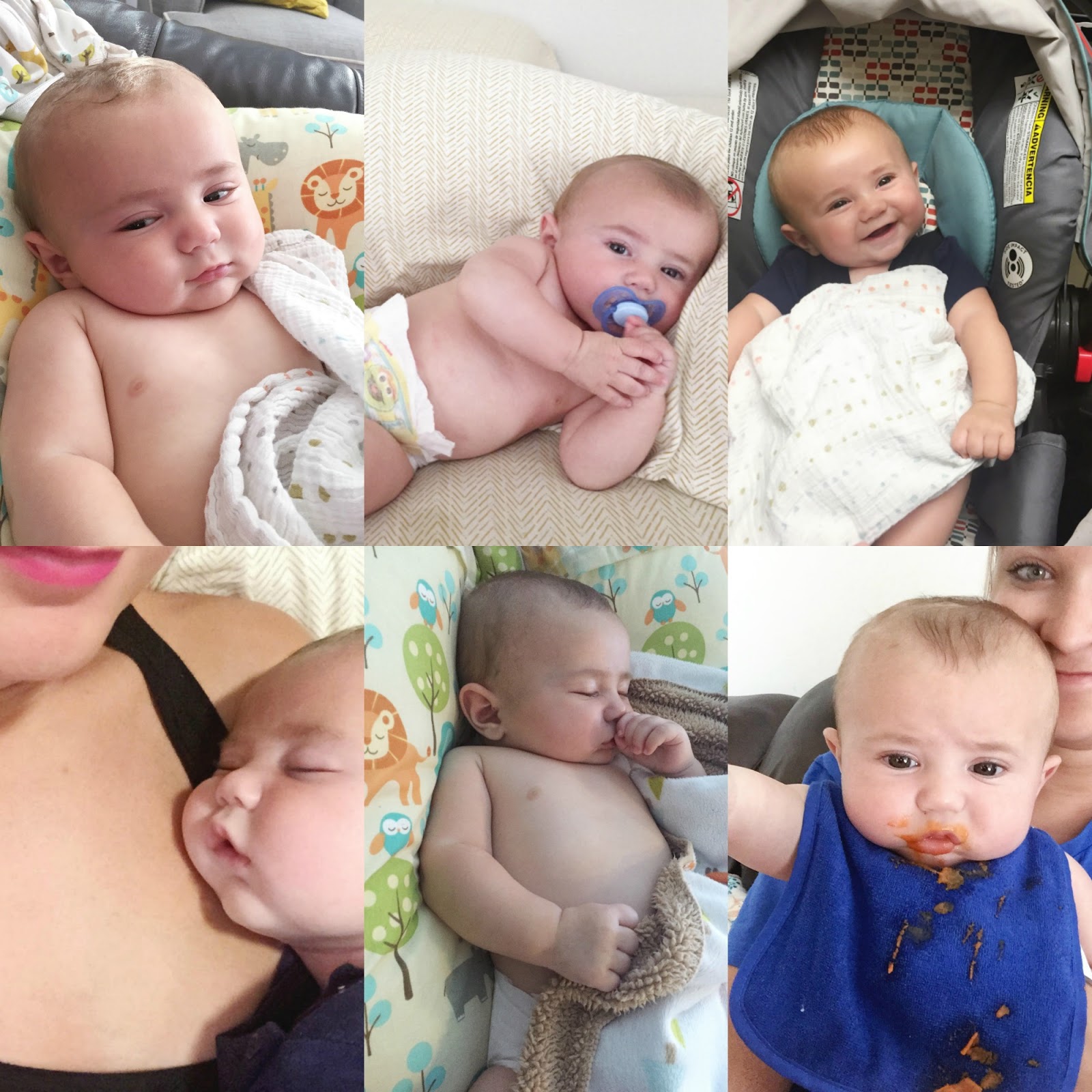 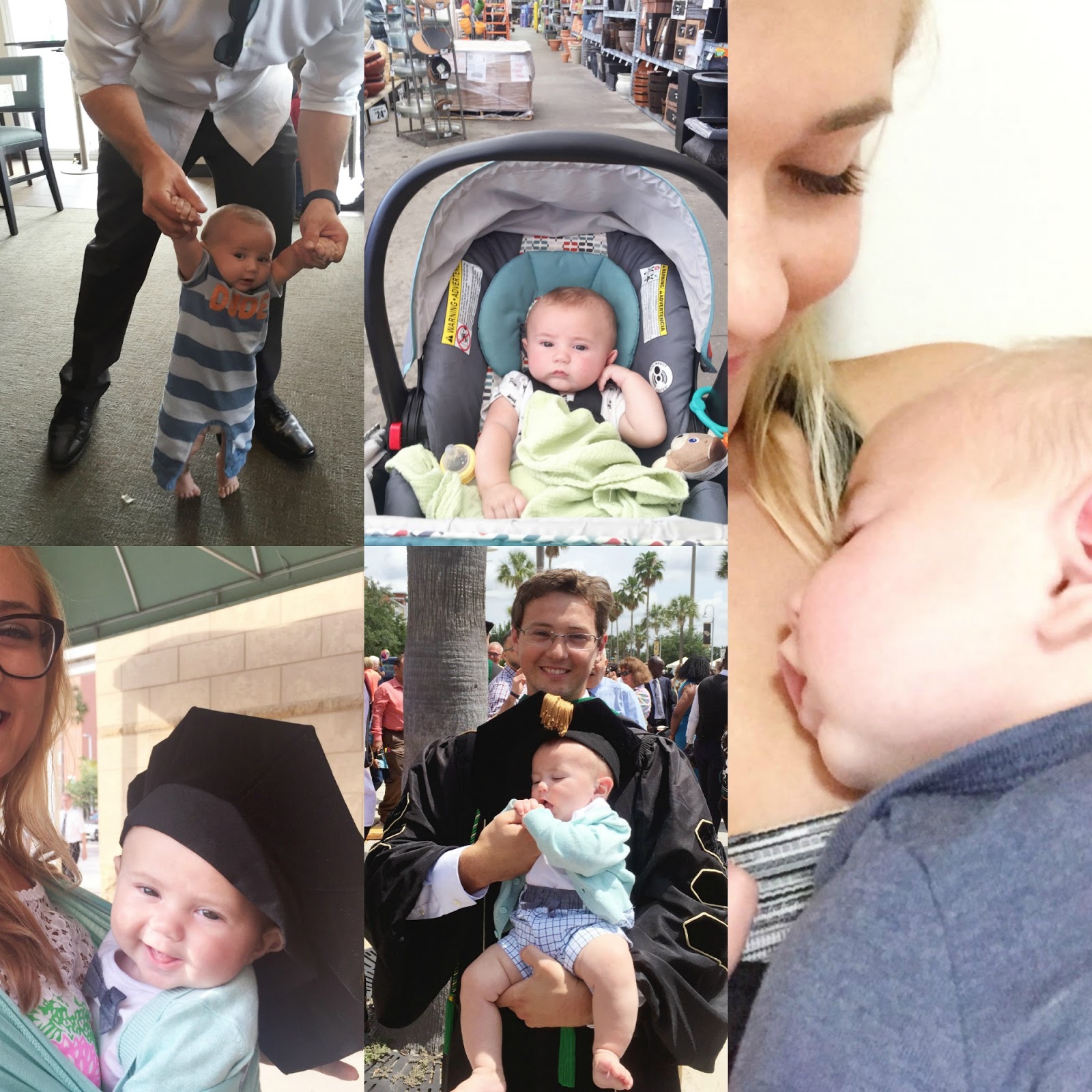 showing off at dad’s graduation party // we took you on more trips to home depot than I can count when we were getting ready for the move // you looked the cutest in that graduation cap // a picture with your doctor dad! // the sweetest snuggles
Week twenty: 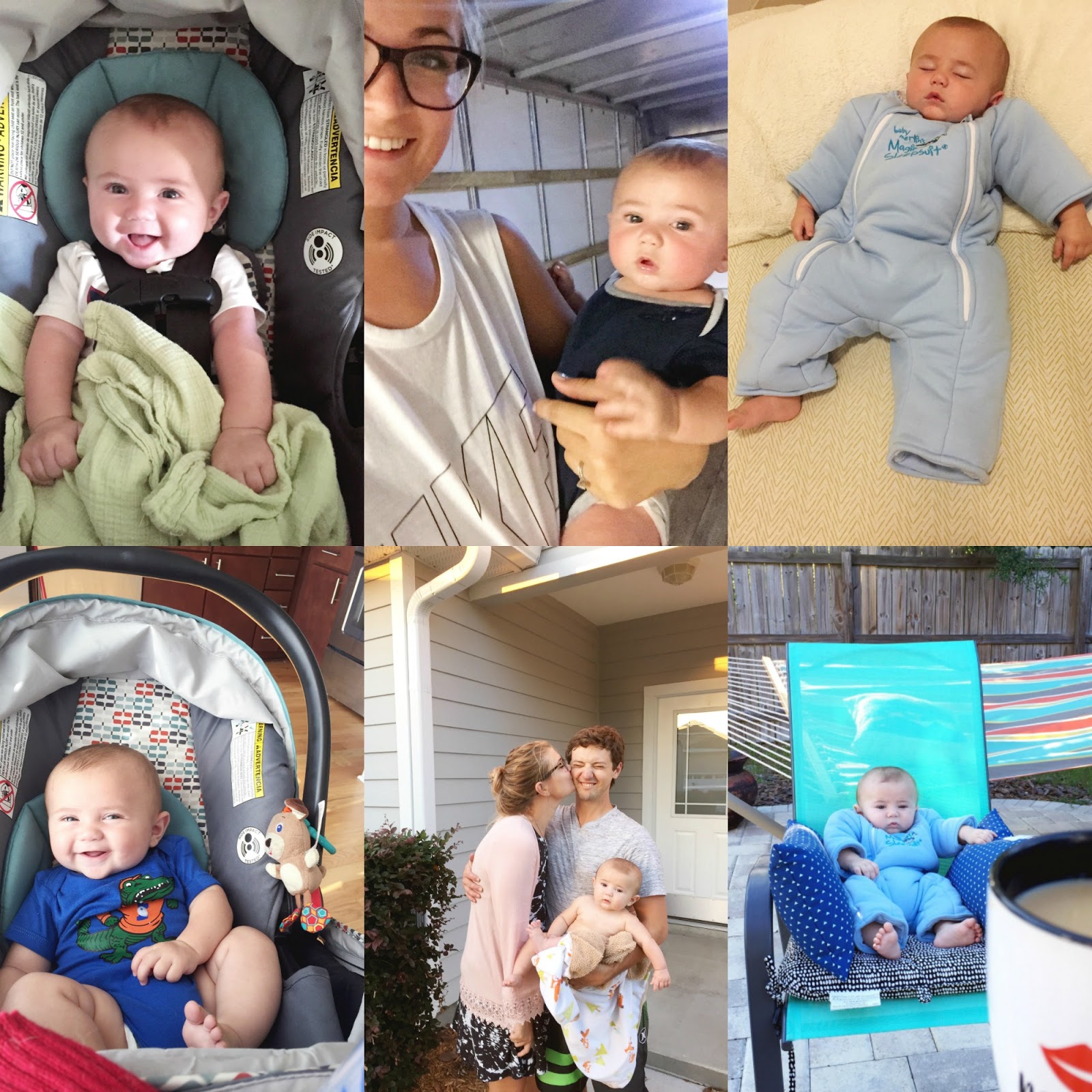 Seriously just the happiest baby // you were a champ during all the packing and loading! // your new little sleep suit cracks me up // so happy on moving day! // our first family picture in front of our new house! // coffee with you on our new porch the first morning in our new home 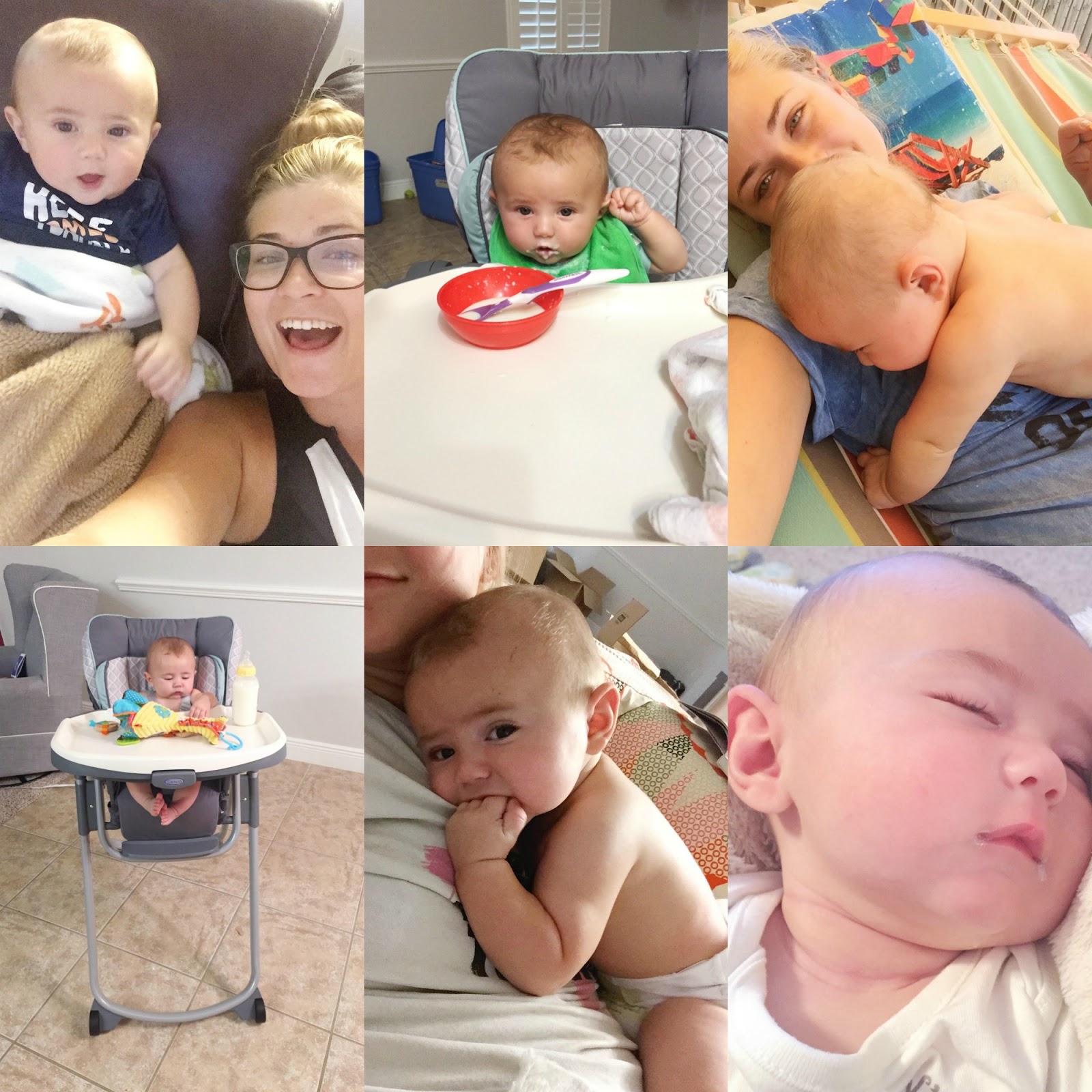