First Things First: How to Make a New City Feel Like Home.

I’m not someone who does great with mass amounts of change. I’m working on it, because I want to be this free, adventurous soul who just goes with the flow. But we live in reality, and here I still find lots of change hard.

Before we found out where we’d be moving, I starting thinking about what I love about Orlando and how I’m so comfortable here. I wondered how I would be able to feel like that in a new town. So, being the easy-going, go with the flow, whatever-happens-happens girl that I am (ha), I made a list. A list of things to do first, no matter where we move, to make a new city feel a bit more like home. 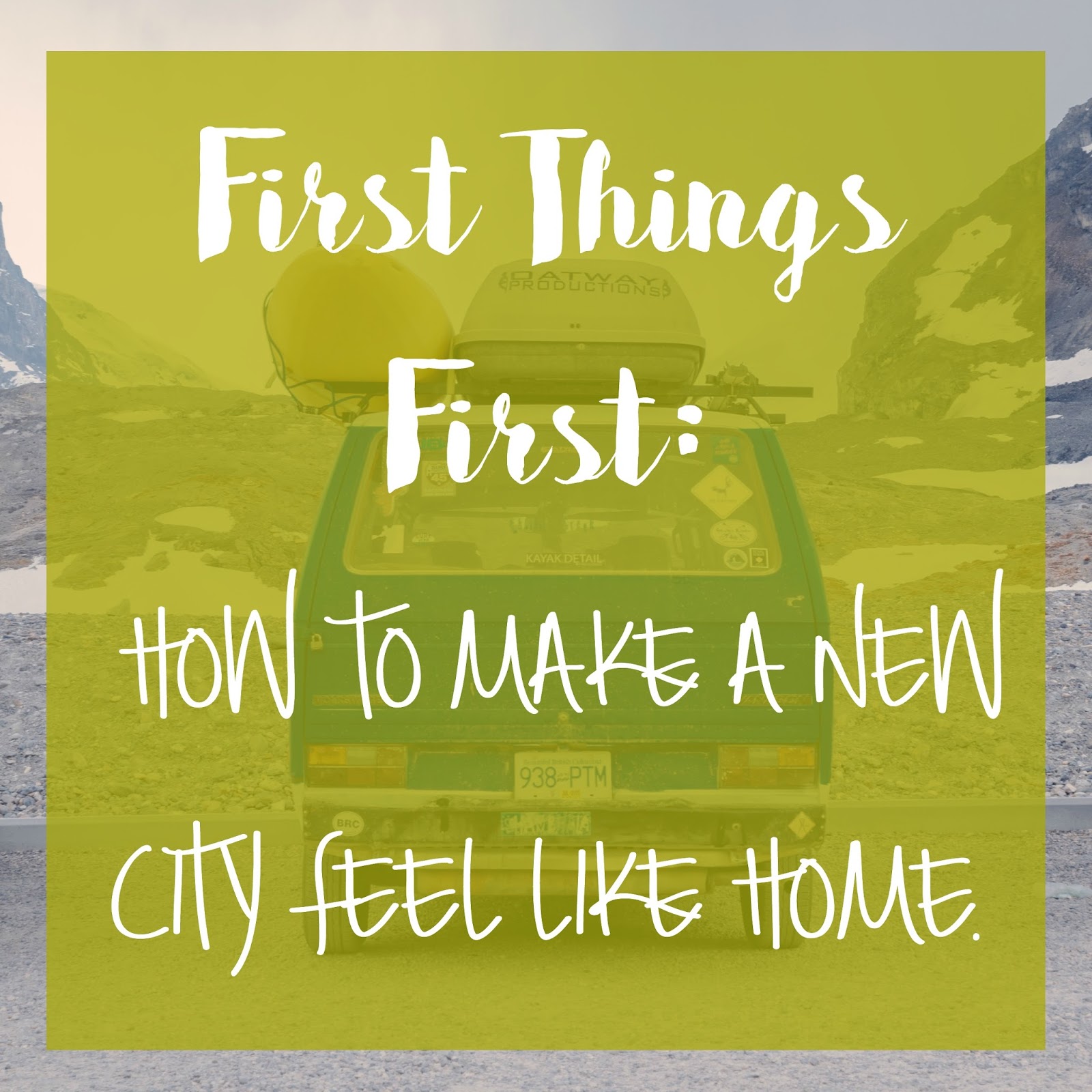 Find your Library. I love the romantic notion of filling my home to the brim with books. I love the idea of just buying any book I come across that I may one day like to read. But, I also really like the thought of having enough money to buy groceries. Because of this, the library is my best friend. As soon as I have lived at my new house long enough to have two pieces of mail addressed to me at my new address, I am getting a library card.

Find your Take-Out Haven. We all have days that were just too busy, too stressful to even think about cooking dinner. We also all have days that are hard and result in the need for a hug in the form of food cooked by someone else. When these days happen, there is a safe little haven known as the take-out place. This haven is different for everyone, but for me, it’s Chinese food. There’s rarely a problem that can’t be solved with some good Chinese food. Moving week can be brutal, so it’s probably best to start testing out take-out havens as soon as you get to your new city.

Find your Church. If you’re like me, finding a good church just feels like home. It’s a comforting and refreshing addition to the week, and finding one you like can make a new town quickly feel like home. Plus, trying out different churches automatically gives you something to do and a way to meet new people. If church isn’t your thing, fill in the blank with whatever is. Find your art museum or your book club or your fitness center.

Find your Grocery Store. For when you run out of money for take-out. Listen, I don’t particularly like grocery shopping. It’s draining and a commitment and then, after you have foraged through the store in search of all the items on your list, you have to drive home and actually unload all the food. It’s just not my idea of fun. However, finding a good (and clean, please) grocery store where things are in relatively easy-to-find places (I’m looking at you, Target who puts the baby formula with the cat litter) can make a not-so-fun task enjoyable enough to not dread it.

Make your house homey. I absolutely cannot wait for this one. I want to decorate our new house slowly, only filling it with things we absolutely love. I don’t want to buy a bunch of so-so things just because I’m in a rush to get it done. That being said, there are things that make your house feel like your house. Things like your favorite blanket and your chipped coffee mug that you just can’t bring yourself to throw away. Put those things where you can see them, because this is your house now, and they belong. And so do you.

How do you make a new town feel like home?