Pros + Cons of Living in the Sunshine State. 
There are very few weeks out of the year that are too cold to lay on the beach or by the pool. I would say months, but even the “coldest” months have days with pool-worthy weather. It may not be an endless summer, but it’s pretty darn close. 
I’m convinced that beachy waves only became a trend because Floridians had no clue what else to do with their hair.  Makeup? That’s a funny joke.  I’m still learning my lesson on this one.  No mater how great you look when you leave the house, you’re going down a good six notches once you step outside.  Frizz serum and setting spray are no match for Florida.


Pro: All the good things about summer, all year long.


All of the good things you love about summer are pretty much always around in Florida. If you love sundresses and sandals, move it on down to the sunshine state. Bikinis and flip flops, all year long. Cookouts? Twelve months out of the year.

You can always find really fun shops for drinks, popsicles, ice cream, and any other treat that usually stays in the summer. You want a tropical fruit popsicle the week after Christmas? You got it.

I get mad when people say things like, “Living in Florida must be like being on vacation all the time!” Because hello, work.  But then sometimes on a Saturday in November I’ll park it by the pool with a fruity drink and think, yeah, vacation. 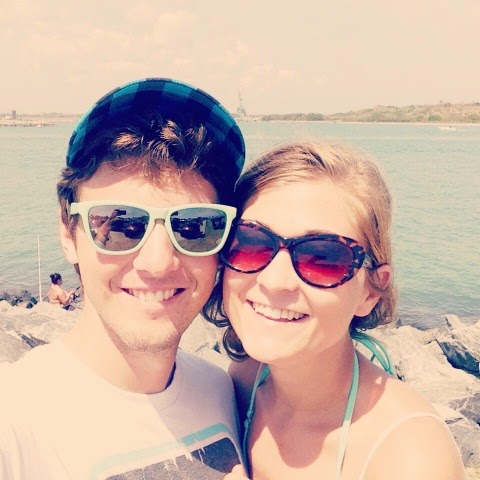 
I love fall more than the average human being, so living somewhere with no changing leaves and no need to wear boots and scarfs is a little bit of a bummer.  However, there is something to be said about living somewhere you can drink a pumpkin spice latte in the morning and work on your tan in the afternoon.

On one tank of gas, I could make it to the beach, a college town, a few downtown areas, the river, some suburban towns, some rural areas, and theme parks. Florida isn’t just beach towns, it isn’t just tourist destinations, it isn’t just suburban neighborhoods. It’s all of those things, and they’re all pretty close to each other. So if you want a day of adventuring in a completely different town, it’s pretty easy to do.

Whenever I have to drive in the Disney area, especially around holidays, I kind of just want to cry. Lots and lots of cars slowing down to 40 on the interstate to ensure they don’t miss their theme park exit. I mean, I get it. If I didn’t live in Florida, I’d want to visit too. But maybe drive the speed limit.

Good and bad, for now, it’s my favorite place in the world.  What are some pros and cons about living in your state?


Pssst…I listed a few fall line pre-orders this weekend!  Let me know what you think of them!